Warriors of the Human Spirit Part 3: Free healing and an open table 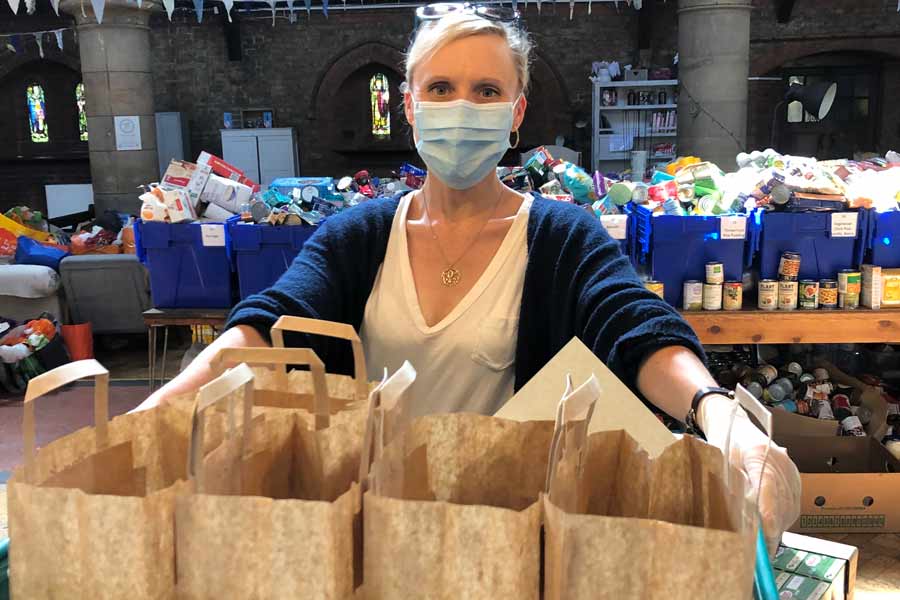 Johnny Sertin imagines a new kind of warrior. In his final blog post of three, he suggests what a warrior of the human spirit might look like.

In the first of these posts about becoming a new kind of warrior, I suggested the biblical writer Paul provided a framework for this much-needed way of living: Keep the faith, run the race and fight the good fight. In my second post, I explored what might sustain us by leaning into a way of knowing, being and doing that encourages an inner work to guide the outer arc of our work. Now it’s time to bring to mind what kind of work these warriors of the human spirit engage in. In Paul’s parlance this is the good fight, or perhaps we might say, a fight for the good in us, others and the planet.

Jesus’ ministry was about two things that seemed to always go together as parts of the same whole. Free healing and an open table. I once heard someone say, mission is defined by who eats at your table. A warrior eats at an open table, a place that is not defined by a hierarchy of belonging, status or doctrine or belief but by the common ground of our humanity. This in itself is a place of healing.

My community had been thinking for some time about the concept of what it means to share an open table in society. To live beyond the unspoken, sectarian walls that faith-based work and worship can subtly create, where there is the virtue of charity that rarely evolves into becoming a community.

I love this quote I recently came across by Dr Cornell West: “Never forget that justice is what love looks like in public.” It’s such a great illustration of being a warrior of the human spirit. Here love, not charity, is the critical underpinning that carries the day.

As we were pondering how to be an open table in our neighbourhood, a place to be the guest and host with others, a friend was coming out of a shop in central London one day. She had been buying some households goods with a voucher from Christmas. Among other things were some place mats. As she left the shop a rough sleeper lying on the sidewalk spoke out and said to her, “Will you a lay a place for me?” When she shared this with the rest of us, it became our mantra as we heard echos of the Song of Christ. We look to take the fight to the front lines of our local life not with one-way charity but the giving and receiving of love in the hospitality and spirituality of food.

We need a new archetype of the warrior. As we look to lay a place for others at the altar of the world what does this warrior look like? I know of a few in my part of the world who fit the bill.

There’s a whole bunch of warriors who are feeding and caring for our neighbourhood right now. Strong, determined, organised women who are saying no to decadence offering a different vision of community. At the heart of this is not only a place to offer food, but to make food and eat together at a community table.

There’s another bunch of warriors who will not let the plight of those without a place of belonging become hidden. Championing this story has become their work, with a loving activism they are advocating for a different vision of home and affordability of housing in perpetuity for all. They are making space for members of the community with such needs to have the right to lead this venture.

I know a bunch of eco warriors who are reclaiming the environment as sacred and to be cherished, finding desecrated spaces and turning them into biodiverse places to co-exist in life as an ecosystem. They are stewarding these spaces to encourage a green campus in our local world.

There’s another group who are designing education programmes in nature to encourage a vision of mental health and wellbeing in young people and resist the tyranny of isolation and loneliness.

Still others are reimagining economics and the concept of gift in society, finding ways to move beyond a feudal system and exploring new theories of what means to be human living in relationship with others and the planet.

Every day ordinary people are reclaiming what has been desecrated, telling a story of another world possible. How did this iconographic altruism emerge? With courage to let go, embrace the darkness and follow the shards of light by which we learn to see anew. They discovered there a new imagination that is birthing new work. This work is participatory, co-creative, and inclusive. It is a table for all to break bread at and to be part of, leading the fight as healers and reconcilers for a more just, and peaceful tomorrow. It is not enough to get busy with work  if we have not embraced the alchemy of transformation that can imagine and birth the new. If not, the sad opposite is true, we simply continue to sanction dead works, a panicked strategy of resuscitation in the pattern of bygone revivals. What we need is to deepen the embrace of resurrection through a universal pattern the cross symbolises, the alchemy of being lost and found, of decay and emergence , of death and rebirth.

These people, these warriors of the human spirit, go about their work with the weapons of humility, generosity, humour, perception, compassion, creativity, solidarity and connectivity. work

They are my heroes who move me deeply and inspire me to be a better version of myself to walk alongside them.

Let’s give the time and attention to run in such a way to let love win, to finish what is set before us pioneering in an age of decadence.

It is the hour of the warrior poet to sing a new song, to let its sound carry on the wind and herald the dawn of a new hope.