“I blame the radio” – Interview with Andy Meek 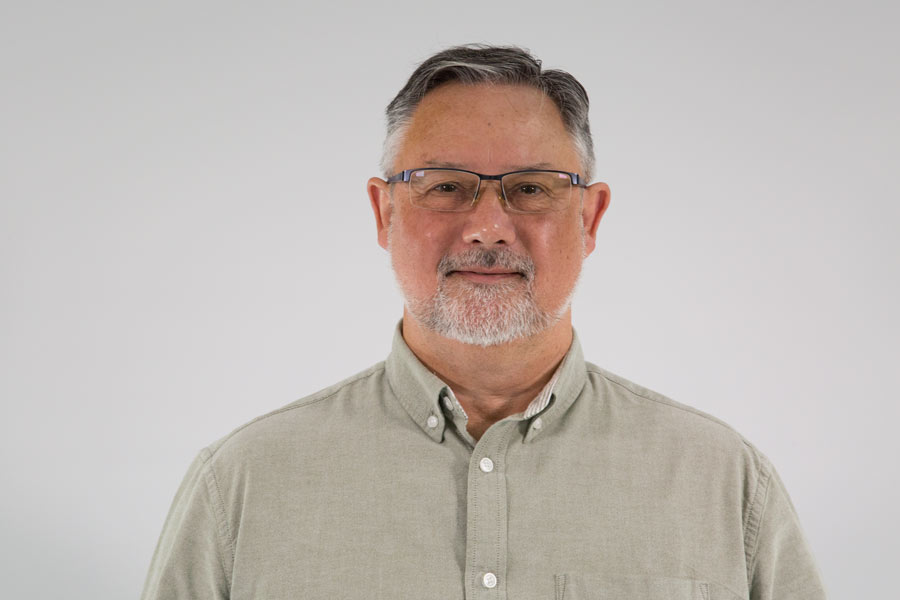 HH: You have told me you think you have always been a bit anti-establishment. Can you explain a bit more where that comes from and how it relates to pioneering, please, and how they both relate to ‘not fitting in’?

AM: I blame the radio. As a teenager in the 60s and 70s I was surrounded by music of the civil rights and anti-Vietnam protests and news of the Troubles in Northern Ireland and the Prague Spring. Growing up in Norwich, I could listen to all the pirate stations broadcasting from ships in the North Sea. I started a supporters club called the Independent Radio Association and had posters made. One day I got home from school to be told that the police had paid a visit and demanded the poster be removed from my window – for promoting the Irish republican paramilitary organisation, the IRA. In my youthful ignorance of politics, I hadn’t spotted the coincidental significance of the initials! The music charts cartwheeled through pop to prog rock to psychedelia and on through a dozen different genres leading to punk protest against (an earlier) austerity Britain.  It was a time later described by theologian Arbuckle [1] as the “Revolution of Expressive Disorder”. My mother said: “You are the grit in the oyster.” Or, in the words of the T. Rex song, I am one of the ‘Children of the Revolution’.

Part of being anti-establishment I suppose is down to the times when I was born and brought up. I was part of the post-war baby boom, which created a shock-wave of social change throughout the western world, cresting over the long-period tsunami of the decline of modernism and its ‘traditional’ worldview of hierarchies and fixed truths. Somehow, young people wanted a better world; I remember being at junior school and hearing air raid sirens being tested and even as 10 year-olds we knew that this could only be a four-minute warning so it seemed to bring an urgency to life. For me particularly, these cultural changes came through the music of the period and even then, before I had any Christian understanding, I searched for meaning and truth in the lyrics of the pop charts.  Probably the definitive statement was from Dylan in The Times They Are A Changin’ [2]:

Come mothers and fathers
Throughout the land
And don’t criticize
What you can’t understand
Your sons and your daughters
Are beyond your command
Your old road is
Rapidly agin’.
Please get out of the new one
If you can’t lend your hand
For the times they are a-changin’.

Now to me, even 40 years later, this still feels like unfinished business. It was a message to society in general, but also, I believe, to the church then and still today. I am temperamentally and philosophically disinclined to follow an ordination pathway that places an emphasis on ‘obedience’ (2). But I still have a strong sense of personal calling to Christian mission – how to fulfil? Getting trained seemed like a good idea, hence CMS. To use a military analogy, I am in the resistance, one of the irregulars.

HH: You told me you had recognised the need for a theological grounding, how do you feel this recognition came about?

AM: In some ways it’s another manifestation of my anti-authoritarianism. Knowledge is power and I have often sensed that when I had some unease or disagreements with various teachings or practices in churches, I was not sufficiently well informed to be able to offer a counter-narrative that would not be dismissed as ignorant. Also sensing some (yet to be fully identified) calling to do Christian work outside of traditional organisational structures, I realised that I would have to carry the knowledge with me, like a spaceship carrying its own atmosphere. And I wanted a review, validation and recalibration of my personal Christian faith and insights which have formed in an unstructured way over years of sermons, prayer meetings and popular Christian literature.

HH: So knowing you needed training or grounding, what brought you to CMS?

I was already in the general frame of mind to enter into some kind of training and I talked to some CMS people at the display stand at Greenbelt in 2017, following on with a longer discussion with Jonny Baker. Because the academic year starts in autumn, it was make my mind up time as a deadline for applications approached a few weeks later. Still undecided about the commitment (time, travel, money) I was praying and received (most unusually) a confirmatory vision. I’m a bit sheepish about mentioning it because I moved away from a church where I became sceptical when ‘visions’ seemed ten a penny. I noticed on the floor a small object which was a ladder that had fallen off an ornament that has been on my mantelpiece for years. It is a carrelet – a kind of French fishing hut which is like a small pier that juts out over a rocky cliff and lets its net down with a hoist. I felt like the cartoon character who has been hit on the head with a falling anvil [ANVIL!] – the message from God to me was clear, that I had to put back in place the ladder – the means of ascent, ie, training to enable me to take up a position in the place of fishing, ie, outreach work.

HH: You say: “I have been a Christian many years and have come across various religious expressions in passing, but the CMS Pioneer course has provided an opportunity to engage intellectually with writers and theologians who I would never have stumbled across in my haphazard personal reading.” Tell me more.

AM: It has been a complete privilege to learn from the lecturers who are not only academics and practitioners in various ways, but who worship with us and are seeking to develop and extend their own understanding of the faith and how it can be put into action. It has also been so enriching to learn with a cohort of students from a wide variety of life situations and ministry involvements. What is going on is not just academic knowledge acquisition, but Christian character formation, as indeed the Common Awards scheme criteria require. I was delighted to learn through the course of the difference between ‘modality’ (parish-like fixed church structure) and ‘sodality’ (task-oriented societies or fellowships); so I am not just studying at CMS, but I feel part of it.

A great image for me is the CMS Library. So many books – I’ll never read them all, or even 10 per cent. But it is presented there, available to be used, as a rich resource of Christian wisdom, insight, practice and theological wrangling. It’s not even a metaphor, it is actually part of the doing of preserving and passing on the message to us and through us to others.

HH: Andy, can you say a bit about the ‘known unknowns’?

AM: Well I have a personal shopping list of things I particularly know are missing and which I would like to learn – especially church history, writings of the Church Fathers (and Mothers, if I can find them) including the developments of the various monastic orders, the spread of the Reformation, the challenge of Protestant theology to Catholicism, the historical church in the east and Africa, the progression of the modern (19th century onwards) missionary movements. I suppose I want to catch the dynamism, the movement of it all. I’m interested to learn from some of the more recent theologies that have developed such as feminist and post-colonial approaches, and in general pick the brains of all manner of highly regarded Christian thinkers.

HH: Lastly, Andy, how can we pray for you?

AM: I am a lone yachtsman on a wide ocean, trying to steer a course by the stars I can see. May I understand my charts. May the wind fill my sails. May I stay salty.

1 thought on ““I blame the radio” – Interview with Andy Meek”