Of sturgeons and salvation 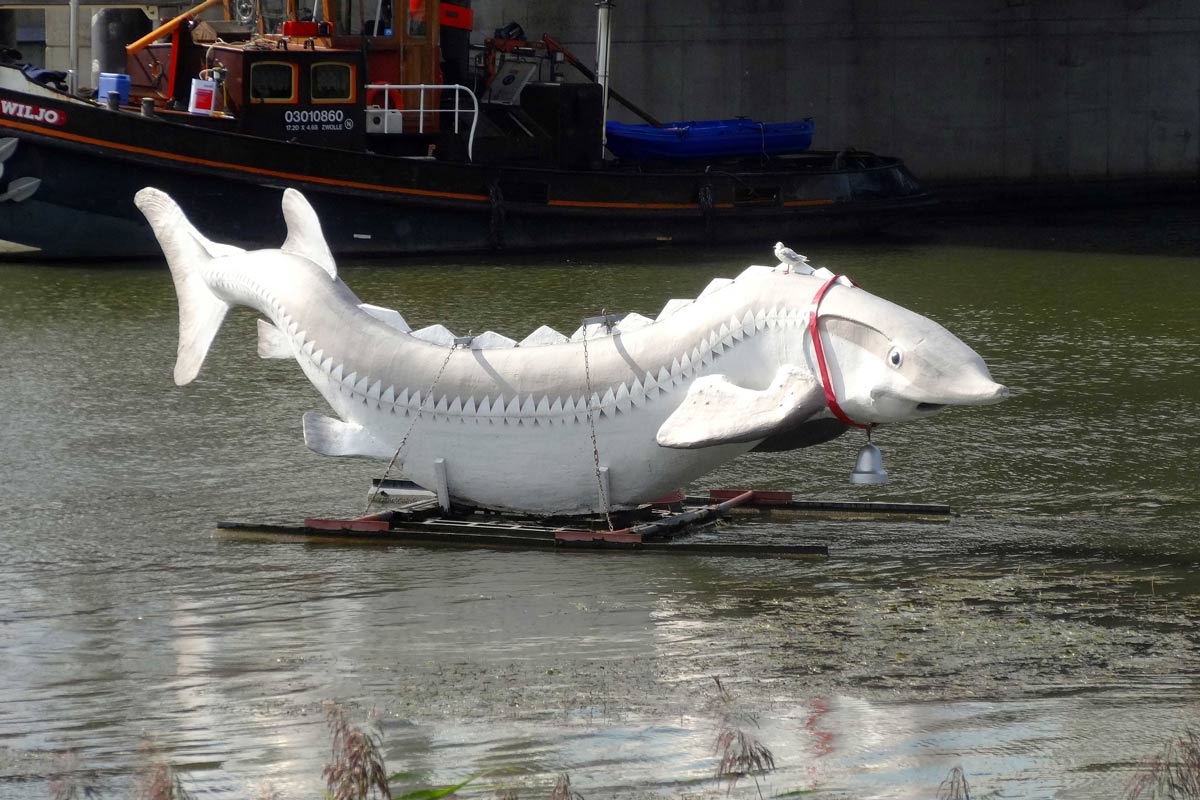 At the beginning of July a number of us from CMS headed off to Kampen in the Netherlands for a conference. Arriving at Kampen railway station the first thing we were confronted with was a giant plastic sturgeon suspended over the river. This revealed something of the quirky nature of this beautiful medieval city which also seemed to be proud of its history of suspending cows from clocktowers. (Search the web for more details.)

The conference was hosted by the Centre for Church and Mission in the West (CCMW) as part of a five-year research programme entitled ‘Salvation in the 21st Century’.

What does it mean to be saved?

To some the language of ‘being saved’ and salvation might feel a bit dated, or not very sensitive in a multicultural and multifaith world. But the fact that salvation is not in vogue makes this conference and the research going on around it even more significant. There were a range of keynote speakers, including Clive Marsh, Harvey Kwiyani, Stefan Paas, Nigel Rooms and Christopher James.

Cathy Ross and I presented on the understanding of salvation in pioneer communities and were pleased to connect with other from across Europe and beyond with an interest in pioneering and fresh expressions.

On one level the conference was a success simply because for many of us it was the first such conference we attended physically, together in one place, since the start of the pandemic. It was great to be able to engage in again over breakfast, over coffee or socialising out and about and to make important connections both relationally and theologically.

For me, at the heart of the conference was a question of how we might view salvation communally rather than individually. What if salvation was primarily about participating in a faith community rather than reaching a point of personal confession?

In fresh expressions and pioneer communities we are used to thinking about belonging before believing and this conference was a chance to think about the implications for soteriology, the theology of salvation.

A communal salvation moves away from a particular account of the good news of Jesus which needs to be either accepted or rejected and towards the centrality of participation in the community.

Somewhat counterintuitively this makes the articulation of faith more important. If this communal salvation is really to be communal, rather than a series of personal experiences, then there needs to be a common way to talk about it. Reading scripture and praying together is one obvious way this shared language might be found.

Another highlight from the conference was Harvey Kwiyani’s excellent talk explaining how salvation is viewed communally in African contexts. He called for a ‘spirit soteriology’ and told stories from a variety of African Diaspora Christians and churches which drew our attention to the way a Western dualism between the material and the spiritual means that we miss so much of what is going on.

As I think about pioneer ministry and mission at the edges I am wondering how might we embrace this idea of salvation through communal participation.

I think it means trusting that the Spirit is at work. It means hearing the accounts of ‘being saved’ and finding the ways that they resonate with Scripture and other Christian experience of salvation. It means finding ways to express faith not through imposing a particular account of the good news but by being open enough to find a common language in the Bible. And it means being open to the challenge of others to see things from multiple perspectives.

The plastic sturgeon which greeted us as we arrived at Kampen station was from a self-deprecating story handed down through the generations. The townsfolk were due to entertain the bishop for a feast and decided to feed him a sturgeon. But he was delayed due to illness. To keep the impressive sturgeon fresh, someone came up with the bright idea of tying a bell round its neck so they could find it again when they put it back in the river. Unsurprisingly, when the bishop arrived, the sturgeon was nowhere to be found. The people hastily prepared a replacement dish of boiled eggs in mustard sauce known to this day as Kamper Sturgeon.

The sturgeon is not just a strange symbol or a memory from a particular moment in their history, but it has become a shared story which tells something about the town of Kampen and the character of its people.

I think a communal salvation involves finding these kinds of common stories which make connections to the history of the group and of faith, and allow people to find their own part in that story through participation.

We need stories of faith we can participate in together. What was the place of the faith community in yours?

What does ‘being saved’ mean to you? Is it primarily personal or linked to your wider community? What story do you tell about salvation – even if you only tell it to yourself? We’d love to hear from you in the comments.