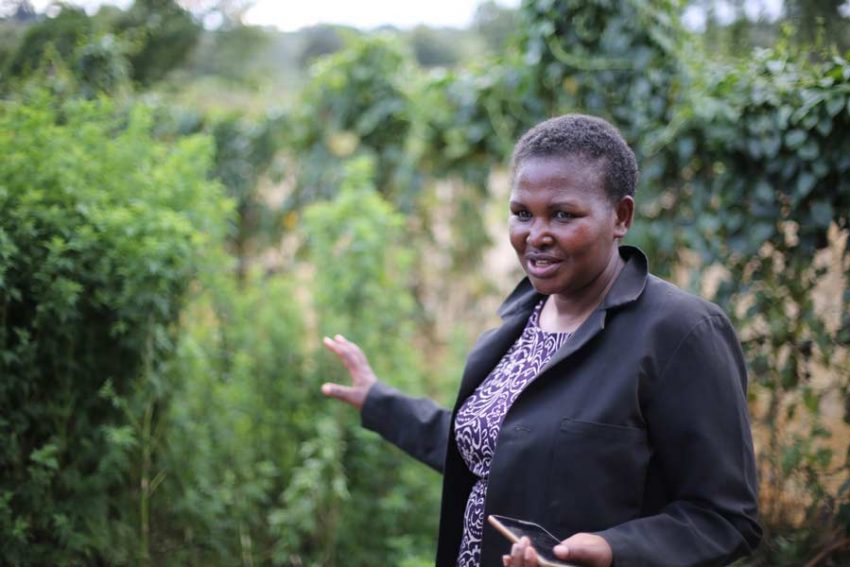 Rachel Karanja is part of the first cohort studying the MA in theology, mission and ministry with a focus on African Christian Diaspora. This course is fully online so happily we are able to welcome international students as well as those who are UK-based. We asked Rachel to introduce herself.

My name is Rachel Karanja, a Kenyan citizen, born again Christian living in Limuru. I am married to Pastor Joseph Ribiro and blessed with three children. I am a CMS local partner.

My call to mission became clear in 2008. During 2007/2008 general elections, Kenya experienced post-election violence. My husband and I conducted a rescue mission which resulted in rescuing about 256 persons and brought them to our compound. The church joined in later to help us.

In August the same year, we planted a church which is currently known as Karura Community Chapel – Kabuku. Later in the same year, I joined CMS-Africa. I was appointed to champion a community transformation project which was implementation of biogas project in Africa. I managed to score highly in a field that would naturally be considered a man’s forte. On 21 June 2011 the project was opened by the former Archbishop of Canterbury Rowan Williams and a team from Church Mission Society in Britain.

In March 2012, I visited South Sudan with an aim of replicating the same project but unfortunately, we crash landed at Wau airport. In July 2013, I suffered a stroke as a result of trauma which left me physically weak for a couple of years.

I am currently involved in various projects and initiatives which include: founder of Women of Destiny Kenya; Eden Natural remedies; The Ark of Transformation; CMS-Africa programmes; children living with complex disabilities; Farming God’s Way; Business As Mission; micro enterprise development for the marginalised communities and tree planting. I also host interns interested in sustainable development initiatives.

I am currently based in Mai-Mahiu. The work is happening in two zones: Limuru and Mai-Mahiu.

On the onset of Covid-19, my husband and I got actively involved in emergency response to the affected families. This we did mainly through food aid support and psycho-spiritual care.

During this period we did a training on Farming God’s Way to some of our food aid beneficiaries. We donated a small piece of our farm to pilot potato farming. The pilot was successful and as we speak these families are able to grow enough for themselves and sell the surplus. They have graduated from being on the receiving end to giving.

I got trained in natural medicine and became a practitioner. My assignment in this field is mainly reaching out to the communities with this knowledge. I have trained and administered treatment to many groups and individuals in Limuru and its environs. I have encouraged trainees to establish a ‘farm-mercy’ in their backyard.

Our ministry in Mai-Mahiu started in September 2020 after a confirmation of a church planting call which got confirmed through a sermon preached during the last CMS People in Mission conference in Kenya on ‘crossing over to the other side of the lake’. A few months later, my health deteriorated due to cold weather and we moved to Mai-Mahiu which is a warmer place. The Lord confirmed that it was our new mission field in another county. Most churches in this area got weakened during Covid-19. Our God-given assignment is capacity building. We encourage churches to identify their strengths and we capitalise on that.

Through the CMS website, I came across the advert [for the African Christian Diaspora MA route] and applied. I passed the interview and got enrolled. That was an answered prayer since 2018. So far so good. I can foresee a bright future for the African church both in Africa and diaspora. There are several facts about the early African church I am exposed to which will equip my understanding more as I engage in ministry in the 21st century. I will commit myself in writing articles, journals and books for African scholars for current and future generations.

Rachel is a Church Mission Society local partner and you can find stories about her work on the CMS website.