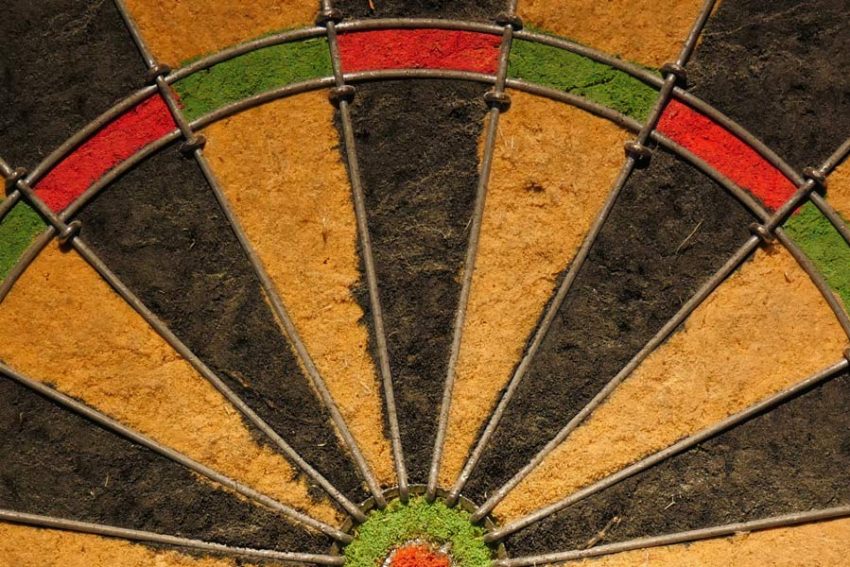 Photo by Pablò on Unsplash

Paul Bradbury considers the new (multiple) plans to plant 10,000 churches. To keep our priorities right, we need to make sure our ambitions serve our vocation, and recognise that faithfulness can look like failure as well as success.

At the Centre for Church Multiplication (CCX) conference recently a new initiative was launched. Called Myriad, from the Greek for ‘a great number’, the initiative aims to enable the planting of 10,000 churches in 10 years within the Anglican church. Meanwhile the Archbishop of York, as part of the developing vision and strategy for the Church of England recently spoke of a “creating 10,000 new Christian communities across the four areas of home, work/education, social and digital”.

So can we, or should we, be ambitious about church planting?

To begin with, ambition does seem to have a rather negative reputation within the Christian tradition, being seen as something of the world, not so much the Church. Certainly, the life and teaching of Jesus would surely advocate downward mobility, sacrifice, humble service. All of which seems a long way from ambitious strategies and outrageous goals.

Yet Jesus did have ambition. He had a drive and determination to fulfil a vision. And there were times when he had what seems like a strategic determination to grasp that vision, for example in his response to the Canaanite woman (Matt 15:24) and the pivot and move toward the crisis of the cross (Luke 9:51). Furthermore, he commissioned his disciples with some pretty audacious ambitions – to do as he did (John 20:21), to make disciples of all nations (Matt 28:19) and to be his witnesses in an expanding movement across the known world (Acts 1:8). Paul too demonstrated a strategic ambition in his determination to live out the huge call on his life to preach the gospel to the Gentiles.

Ambition is part of our human nature. We are created with a drive to make a difference, to exert our agency in the world, to achieve. However, we are primarily called to worship. As the Westminster Catechism puts it, our primary purpose is ‘to glorify God, and to enjoy God forever’. Into this primary calling we might bring our ambition. Furthermore we place it within the scope of God’s particular calling on our lives. So in that sense an individual vocation is when our ambition is brought into the service of our calling and gifting. It is when ambition usurps calling that it deservingly gets a bad name.

So can we be ambitious to plant churches? I guess to answer this question we need to ask, are we, the church, called and gifted to plant churches? To which I would say yes. But with some caveats. Firstly I would put it differently and say that the church is called to reproduce itself in every time, culture and context. And I would argue that the very nature of the church is that it has the potential to do this – note, potential, not right or expectation.

In his book Reproducing Churches, George Lings has argued convincingly that part of the very nature of the church is to have the potential to reproduce. However, reproduction and growth are not givens and not always good. At times the church has not grown in a context for generations, only for seeds sown by pioneering missionaries to come to life years and years later. And growth, rapid and unchecked, where it is not wanted, or where it is imposed on a context, is what we might call a cancer.

It is worth stating too that we have no right to ‘reevanglise Britain’ or ‘revitalise the Church’. These noble sounding ambitions may well belie unhealthy ambitions toward a return to some kind of nostalgic Christendom memory, or toward the stabilisation of a beloved institution. Likewise ambitions for church planting can become unhealthy when we become so enticed by our (at first perhaps noble) ambitions that they overreach themselves beyond our vocation. In that sense ambitions can easily become idols.

Our vocation as the church is to express the nature of God, made known in Jesus, in our lives as a community.

This will include mission and the making of new disciples in new contexts, because God is a God whose nature is to give his life of reconciling love away, and to do so through sacrificial incarnation, through a cross-cultural journey to be with people where they are.

Mission and church planting are first and foremost a faithfulness to that primary vocation. We are called to faithfulness not success. But faithfulness does not have to look like lonely people in dilapidated churches. Scripture is clear that faithfulness can look like ‘failure’ (Jesus nailed to a cross, his disciples demoralised and in hiding) but it can also look like ‘success’ (3,000 converts in one day, the proliferation of new communities of faith across the pagan Roman Empire). Faithfulness will also look like being with those in need of the love of God and the emergence of new communities of Christian faith in their culture. And let us be clear – that last sentence can in practice take a generation, or maybe even a lifetime.

Ambitions held lightly can inspire, held too tightly, they can crush, held above everything else they will damage who we are. Let us be humble with our ambitions, holding them up to the light of the scrutiny and the discerning insight of the Holy Spirit. And let us be sure that our targets and timeframes humbly exist to serve our call to be the lived communal expression of Jesus in a world in deep need of his healing and reconciliation.

Let us have our ambitions but hold them as lightly as we can.

Paul Bradbury is leader of Poole Missional Communities, a tutor with CMS Pioneer Mission Leadership Training and co-creator of the Pioneer Spectrum tool.