Fuzzy Church: Gospel and Culture in the North of England 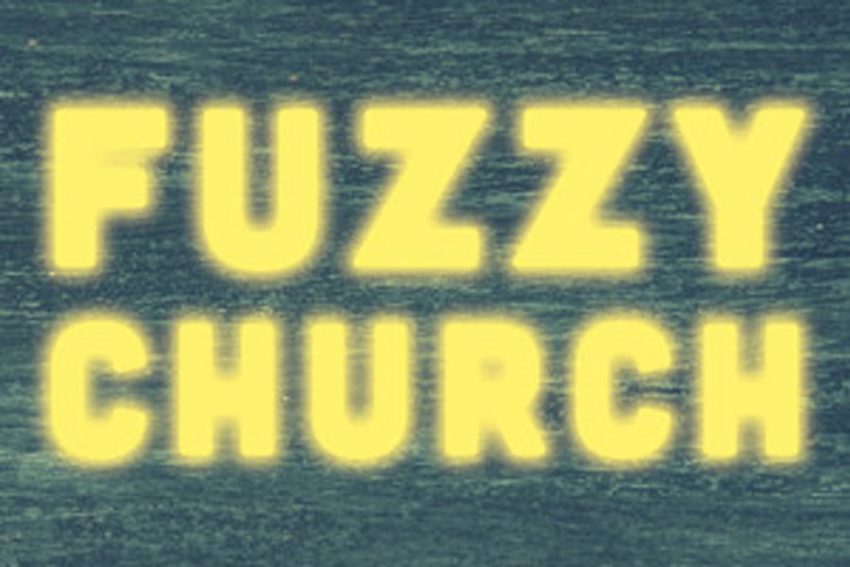 In this guest post, CMS’s Nigel Rooms and co-author Elli Wort explain why “fuzzy boundaries” are a good thing for church – as they discovered in the process of writing a new book.

Honestly it took until we were near the end of writing this book before a good enough title emerged. However, we think this is entirely consistent with the nature of doing research, which is that one sets out with a hunch (a hypothesis is the technical term) or two, not really knowing where you will end up. We set out with some ideas about the relationship of faith and culture in the North of England, which soon fell way! The first shift we had to make was from researching what we thought could be called ‘flourishing’ churches in the North to simply churches where ‘something is happening.’ The implication of that phrase was that that something new is happening in these places and hasn’t really occurred in this way before, but that it was very fragile and couldn’t be named as flourishing at all yet. ‘Something is Happening’, however, made for a really dull title.

So, moving on we were presenting the research findings in detail and came across this quote from a leader in a set of rural churches in Yorkshire when asked about how people were coming to Christian faith there (i.e. ‘something was happening’):

I think there’s a bit of fluffy edges [at the church] though that when I say people are coming to faith, it’s quite hard to know when that is because there is no point at which they sign on the dotted line. But, but what we can see is people who didn’t come to church, were not bothered about God, who now are and who will have conversations. So, I guess that’s perhaps what we’re talking about when we say coming to faith. There are not, not necessarily those overt signs but I, I, I think again it’s a fuzzy edge about a few things, that it’s about community and feeling part of something and belonging.

What we are going to claim is that fuzzy, especially at church, is a good thing. But we have to be a bit careful here. Fluffy and fuzzy are conflated in the quotation above. What we wish to avoid however is any sense that fuzzy equals wishy-washy, without focus, grounding or intention. Quite the opposite, in fact. We are using fuzzy in the same way that management and leadership consultants use the term “fuzzy goal”. Just put those two words into an internet search engine and the results will be illuminating. Essentially a fuzzy goal is somewhere in between a very specific and boundaried goal that might actually turn out, when you got there to not be where you wanted to be after all, and a goal that is so vague that you will have no idea if you have arrived at it or not. A fuzzy goal sets an intentional direction of travel without finally defining the outcome. In fact, this whole research project, as we noted above could be described as the realisation of some fuzzy goals we set out with.

The sending of the 70 (or 72) disciples in Luke 10:1-12 is a good example of Jesus offering a fuzzy goal. There are some very specific instructions about how to go about the journey (take no purse, no bag, no sandals, greet no-one on the road) and what to say in certain situations (“peace to this house”, “the Kingdom of God has come near”), but beyond that almost anything could happen (and probably did). I suppose we don’t like fuzzy because I suspect it requires faith and trust to live in the relative uncertainty it brings.

Our aim in the book is therefore to try and demonstrate the importance of fuzzy for churches where ‘something is happening’ in the face of the inexorable decline and even death of mainstream churches in the North of England (and by extension elsewhere). We claim first that, as our friend in Yorkshire had discovered churches need fuzzy boundaries. Not hard boundaries to the outside, not no boundary at all, but fuzzy ones where one can’t quite tell who is ‘in’ and who is ‘out’. We blur and complexify the boundary therefore between the church and the world and by extension faith and culture in the North – the very things we set out originally to research. We discover (again from our respondents) that if Jesus were to turn up today in the North you might well sit beside him on the top deck of a bus, perhaps you might or might not notice him. We also claim that what happens in the worship of churches where something is happening is pretty fuzzy too. It is a mixing, a hybridisation of many elements drawn from diverse sources locally and globally.

Fuzzy won’t be the only thing a reader learns from our book, but we offer it in the title as it captures the spirit of what we have discovered. It is also a fun and even funny word and, as we have learnt to appreciate the humour to be found in Northern culture, we employ it in the hope that reading our book will not be a dreary experience, but a happy one. Welcome to Fuzzy Church!