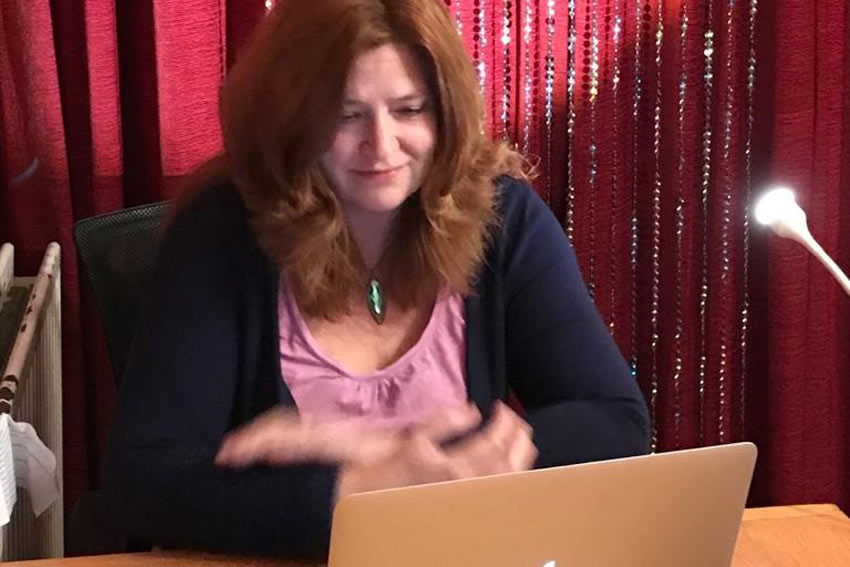 SpiritSpace is a new on-line creative collaboration for those who might describe themselves as spiritual but not religious.

On Sunday 1 November 2020 an initiative was launched for spiritual seekers to experience Jesus-inspired art, meditations and prayer ministry. This has been born out of the North American Burning Man Festival.

Starting in 1986, Burning Man is an event held annually and since 1998 it has been located at Black Rock City, a temporary city erected in the Black Rock Desert of north-western Nevada. This year for the first time it happened virtually and I was part of a team of Christians in the UK and US who provided reflections, workshops and one-to-one prayer encounters.

As outlined by Burning Man co-founder Larry Harvey in 2004, the event is guided by 10 principles: radical inclusion, gifting, decommodification, radical self-reliance, radical self-expression, communal effort, civic responsibility, leaving no trace, participation, and immediacy. It derives its name from its culmination, the symbolic burning of a large wooden effigy, referred to as “The Man”, that occurs on the Saturday evening before Labour Day.

“Once considered an underground gathering for bohemians and free spirits of all stripes, Burning Man has since evolved into a destination for social media influencers, celebrities and the Silicon Valley elite” (NPR). In 2019 it was attended by 78,850 people.

I had the privilege of doing Ruach card readings online at the event this year which took place from 31 August to 6 September and it was amazing to be able to bring a word of encouragement and pray for those who are so open to hearing from the Spirit of God.

With the wonder of technology I was able to have spiritual conversations with folk from New York, Colorado, Washington, Florida and California, as well as some in the UK!

The team, led by Colin Brice from Eden People in Guildford, with Simon Tierney, a former pioneer student, Dee Cunniffe and Hope Deifell, who is in the States, will be responsible for pulling together contributions from artists, poets and musicians at 8pm (UK time) on the first Sunday of each month.

It is a wonderful opportunity for creatives to produce resources that are appropriate for the audience while still being authentically Christian. Katrina Moss, a previous contributor to Anvil, and I are now preparing to do Ruach card training online so that we have enough people ready to offer this in the new online environment. Again it’s a first and took place on two Saturday mornings in  November.