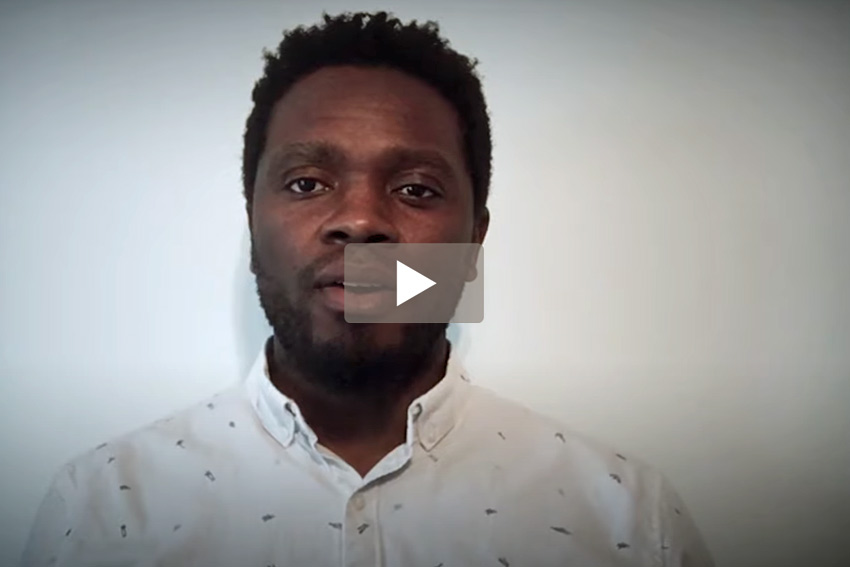 This  is the title of a performance poem written in response to the tragic killing of George Floyd.

This powerful and evocative poem was written by Lusa Nsenga-Ngoy during a sleepless night after our African Theologies class earlier this month. It was a challenging class.

Lusa and Harvey Kwiyani were with us to share with us what we could learn from African theologies. Lusa is Congolese and Harvey is from Malawi.

We started by hearing some of their stories. Harvey had lived in Minneapolis, the city where George Floyd was brutally murdered, for seven years. He told us that after seven years he was tired of the racism. He was weary. He and his family had had enough. Right from the start the University where he was studying had warned him that he could expect to be targeted by the police, just because he was black.

How has it come to this? Why are we all still in bondage to such a pernicious, evil and unjust system that grades and judges people according to skin colour. Beautiful skin colour.

But is it “the system” or is it us? It is all to easy to depersonalise it and blame it on a “system.” We are the system.

As white people, we have to get to grips with white power, white privilege and white fragility. If that makes you feel uncomfortable or anxious, then that is the appropriate response. If you think these don’t apply to you, think again.

Here is a definition of white privilege by Reni Eddo-Lodge,

We won’t even notice it, that whiteness is the norm, that the world is organised by and for white people. How? Ask your black friends.

Look at the committees you are on, the clubs you are part of, the church you attend. How many black people attend? If there are none, why not? Do these questions make you feel defensive? Maybe that is the white fragility that Robin DiAngelo writes about. [2]

She describes this as the inability of white people to tolerate racial stress and our becoming indignant and defensive when faced with racial injustice. She claims that racism is a white problem – constructed and maintained by white people. We need to deal with this and begin to change the narrative.

Listen to this poem and ask yourself “what do you see?”

Look in the mirror and whom do you see?

[2] Robin DiAngelo, White Fragility, Why It’s So Hard For White People To Talk About Racism, (Penguin, 2019)