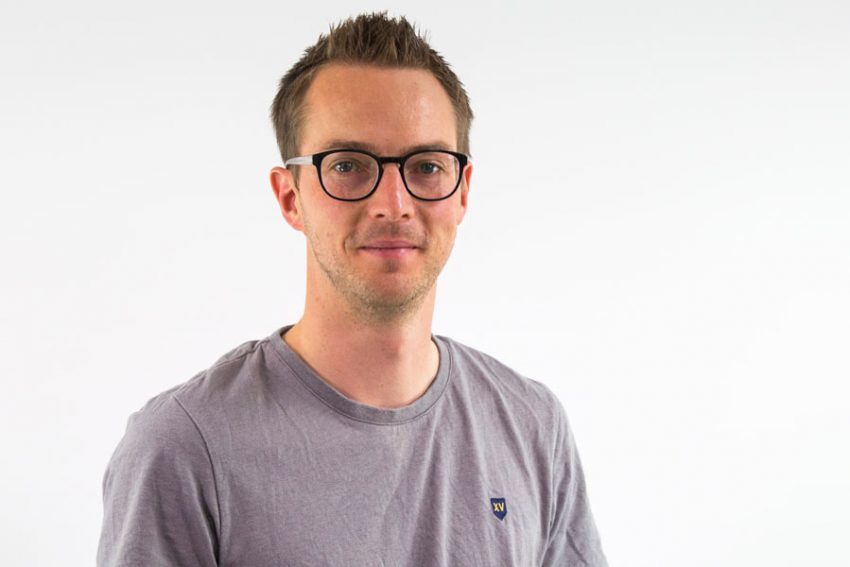 James Talbot finished his Postgraduate Certificate with us in summer 2019 and is now an ordained pioneer minister in the Church of England, with a church in Aylesbury. I asked him what his role entails.

JT: I don’t know if you can imagine a three dimensional game of Twister but that’s about as close as I can get to describe it! I guess there are a number of regular things that I do; in my situation I am working with the existing parish church (and licensed as their associate vicar) whose parish boundary was changed to include an area of new housing that my post was created for.

I’ve been working with that congregation as part of their staff team and over time called a smaller group together to then plant into this new area of housing, Kingsbrook. So there’s the pastoral responsibility I feel towards the new and existing worshipping communities and then to the wider community as it continues to grow.

There’s also what I’ve come to think of as working with the existing and emerging structures of the place. I’ve never lived in a brand new community but there are all sorts of representative opportunities and relationships to be formed; from the formation of a new, civic parish council and more broadly with the county council, to working with the developers, local businesses and beyond. And although it makes me feel better to be out and doing something, I need to say that prayer is integral to everything and as time has gone on, I’ve been trying to create more and more margin for prayer.

HH: And, James, what first brought you into pioneering mission?

JT: In a way, it was accidental. I wouldn’t have classed myself as a pioneer, because I’ve worked out now that I had this archetype of what a pioneer was – a massively extroverted evangelist, running around and sort of magically seeing a church take place. Well, that’s not me. But freeing myself from having to be that thing has taken this initial stretch. This is my first post after curacy and I wasn’t looking for a pioneer post but it was clear in the way that God called me here that this was the place to be and now I’m here and doing this, I can’t imagine doing another type of role (at least at the moment!).

It’s certainly a humbling experience because almost every day I realise how little I actually know!

I think one of the biggest things I’ve learned so far has been that I thought that pioneering was all about doing church is a new and exciting way. It’s becoming more and more clear that the pioneering bit of all this is me having to be an ordained person in a new way and let God take care of the church. Or perhaps it’s only new to me; within the context of the Church of England, I’m thinking more actively about a non-stipendiary position (which as a by-product also takes the time pressure off a new worshipping community forming and becoming self-sustaining) and looking for, ideally, a job within the community as it forms to be able to serve and connect with the community itself.

It’s perhaps right to have a full time post initially to establish whatever is going to happen, but looking into the longer term, I suppose I wonder what it looks like to be a pastor within this community today?

HH: I know a bit about the developments in your parish, with the new housing estate and your hopes of starting worshipping communities. How is that going?

JT: We were able to be in the development from fairly early on – probably about 250 houses were occupied of what will be 2,450 in the end. So it’s been really helpful to start to take the initiative of helping the community form.

I remember coming on a CMS training day a year or so before I started my course and the observation was made there that these new areas of housing are still trying to work out their identity – quite an interesting parallel with me in this role! But being in early has limited the regular ‘go-to’ opportunities; we’ve only had a community centre partially available to residents for six months and there’s no central or natural gathering point at present. So we’ve been working on expressing church in smaller venues and trying to identify what God has put in our hands to use already. For example, the church we’re working with has a canal boat and that’s a great way to get to know people better and bless the community too.

We are very definitely committed to the community in Kingsbrook; Eugene Peterson wrote in The Pastor about ministers recognising they are called to a specific place and for a specific time and that’s certainly how I feel about this role. But even though I’ve been here for a while, each year has brought a very different stage to the process, so everything (still!) feels new.

JT: Absolutely. I’m part of the Church of England and always have been. I appreciate that it is looking to release some of its historical assets to help fund posts like mine specifically with areas of new housing in mind. So far my experience on pioneering in the Church of England has been very positive; I’ve been given good support and the freedom to gain additional resources and training from all sorts of different church streams and largely the independence to answer the question, ‘what does the best possible expression of church look like for this community?’

We also have a strong relationship with other CofE churches across Aylesbury so if we are meeting people who, for example, want to express their worship in a slightly more formal way, we can point them to a great church just round the corner. I don’t want to paint this entirely through rose-tinted spectacles; there are always struggles on a personal level (because as there is no blueprint, I’m second guessing pretty much everything I do) and on an institutional level – because while I know that this is what I signed up for, if I’m not careful, it can feel like the one metric as to success for a new expression of church is to whether it will be financially sustainable in the long term. It is a factor, but it’s not the only factor. And as to the future, no matter how long I’m here, I can only hope to live out the truth that Jesus left his area of ministry in a better state than when he arrived.

HH: How was the study at CMS in Oxford for you? Have you got any reflections on the course you did?

When I went through theological college, it was with a non-pioneering post in mind so I hadn’t had any additional pioneer training previously. There was an idea that I ‘ought’ to get some more formal training but if I’m honest, I came on an open day almost certain that I wouldn’t take up any course options – it was more out of interest. But after a few conversations with students and faculty, it was clear that they thought like I did and approached the whole question of church in a way that was robust and open to challenge.

The balance of work and study was good and the topics of the modules were very relevant to where I was at the time and gave some space to process what I was seeing back in my situation too.

HH: Thank you so much for sharing with us James. How can we pray for you?