Any place but Nineveh – interview with Debbie Veel 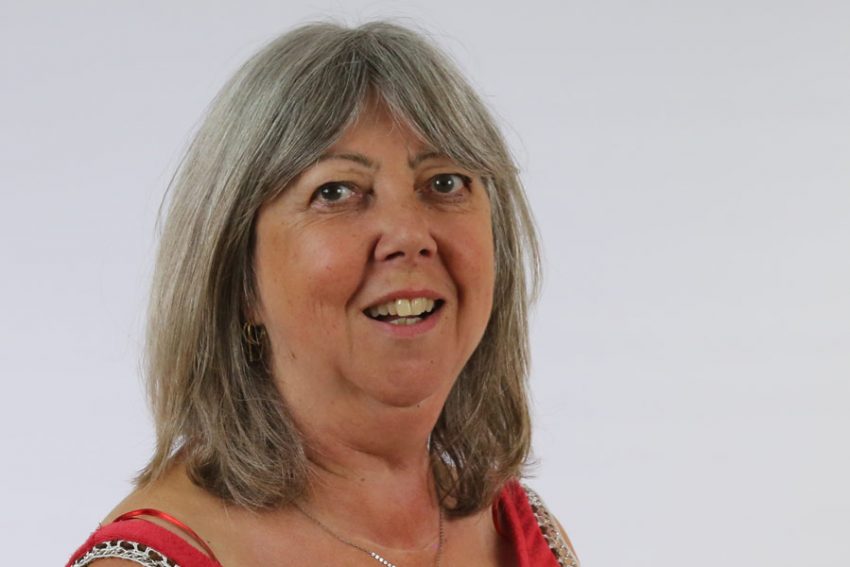 I talked to Debbie Veel, one of our new graduate diploma students, about her journey into CMS and pioneering.

HH: I know you are a licensed lay minister at St Mark’s C of E Church, Kempshott (near Basingstoke in Hampshire). Can you tell me what your role entails?

DV: I am involved in preaching and leading services (or at least I was when the church was open). I did my first online preach on Sunday 29th so that was pretty scary. I much prefer doing it to people face to face than recording it, but at least it wasn’t live-streamed and it seemed to go down well. I have been doing quite a lot of work with our new housing estate such as ‘Mingle and Jingle’ (Christmas carols and hot chocolate + mince pies) and an Easter egg hunt last year. This year I delivered 25 Messy Easter craft bags to families around the estate as we have obviously had to cancel all our planned activities.

HH: You’ve told me a bit about your past outward-facing ministry such as Street Pastors, and workplace chaplaincy. Can you say a bit more about that and how you got into that sort of mission?

DV: Oh yes, that was funny. We were doing a sermon series on Jonah and there was a notice in the news sheet about Street Pastors, so I decided that wasn’t for me and shoved the newssheet in a drawer, which was unusual because usually I just read them and just got rid of them. Like Jonah, I was DEFINITELY going any place but Nineveh.

However, God seemed to have other ideas. It was a bit like a ringing telephone that hadn’t been answered – irritating to say the least. Finally, after about two months I phoned the Street Pastors coordinator and spent about 40 minutes on the phone to him. He said something and I went, “Oh no that’s not for me. I can’t possibly do THAT!” and practically slammed the phone down on him. About a week or so later, God was still in my head so I had to phone him up again and say, “Oh hello. It’s the woman you spent 40 minutes with last week who slammed the phone down on you. Well apparently God DOES want me to do this! ”

I did it for about four and a half years and was then on the Street Pastors management team too.

I got involved in workplace chaplaincy because one of our previous non-stipendiary ministers was setting it up in Basingstoke and she knew I was a Street Pastor. I was a volunteer chaplain and I used to visit the hairdressers and The Pink Place, which is a local cancer charity, and was the chaplain there as well as being a trustee too. I really did have some amazing conversations with people during my time as a chaplain and as a Street Pastor.

Latterly, I was the part-time paid lead chaplain for Winchester City Centre Chaplaincy

HH: You are quite new to CMS, can you say a bit about your journey? For example, I know there was someone who first pointed out the CMS pioneer course to you back in 2012 and said to you “You NEED to do this! It is so you,” but the timing wasn’t right. You told me “But clearly it was now as God literally put all the pieces in place.” Can you tell us more about how that happened?

DV: Well, there are several ‘bits’ that all kind of fit together.

I was looking after my granddaughter on Mondays. Back in about May 2019, my daughter asked me if I would swap to Fridays as that suited her work better. I was working at the chaplaincy in Winchester on Tuesday, Wednesday and Thursdays, so I happily agreed. End of. I went to retreat with local church leaders and had a really strong sense that I was being called back to Basingstoke to work.

I also saw something for CMS somewhere and what modules were on offer. I hadn’t been to the open day or anything. It was all quite a late application just before the deadline. Amazingly the teaching day was Mondays – which had already been freed up by my daughter’s change of day request.

I decided to give up work and there were three ministers in particular that I had worked closely with, including one from the cathedral, who I wanted to tell personally. All very busy people and you usually needed to make an appointment with them weeks or a month in advance.

I literally walked into all three of their offices on three separate occasions and each one had just finished a meeting, didn’t have anything else following on and saw me without an appointment.

The final one was my friend, the area dean of Winchester. She had three separate churches and I was wondering about how and where to catch her and tell her and I am not kidding … there she was the other side of the road taking down a poster from one of her church halls.

I had been along that road pretty much every time I went to work for the last two and a half years and NEVER seen her on my journey.

Finally, my own minister had suggested I apply to the diocese for some funding towards the course as CMD (continuing ministerial development) being an LLM (Licensed Lay Minister), which I did. I was at my friend’s licensing and the bishop’s wife asked me what I was doing and I told her. She said she’d mention it to the bishop that my paperwork was there. That was about 6pm on Sunday evening during the post-licensing refreshments. My paperwork was back in my inbox signed and approved by about 9.10am the very next day.

HH: How is study at CMS in Oxford going for you, on the graduate diploma? I know these are strange times so can you reflect on the last six months, please?

I am doing a graduate diploma and I am really excited about the choice of modules available. I have done Reflective Practice and Justice & the Global Environment this year and am doing Art & Society, Chaplaincy (obviously), Community Development and a dissertation next academic year. They all really fit in with the ministry that I am doing in our new housing estate. It was such a shame that the justice module, which was supposed to be on a farm in Devon, near the beach, had to be moved online because of the Covid-19 outbreak.

Although I am not doing many modules this year, my plan was to go in regularly to keep in touch with everyone. That hasn’t worked out but I am ‘zooming’ with everyone. I am enjoying the study very much, but essays I find tricky. I love the formative assessments and the more creative summative ones. I have been collecting information for my dissertation, which is hopefully going to be about ‘measuring discipleship’ other than by average Sunday attendance – a method which currently excludes so many pioneering activities.

HH: And I know you told me “I am enjoying the course and feel like I have ‘come home’ because everyone understands.” Can you give us some more depth on that feeling and how it relates to you and your experience of CMS, not just the study but being a part of your cohort?

DV: Quite often when I have been to meetings or training no one wants to talk… but here at CMS pretty much everyone wants to participate in discussions (I guess that is not so great if you are an introvert) but being strongly extravert I love it. Everyone has such exciting ideas and so many vastly different ministries. It is a place where you can have a million ideas a day and everyone gets it -even if they aren’t actually workable ideas – instead of people looking slightly dazed at me by the 50th idea I have had in a meeting. 😊

HH: How can we pray for you, Debbie?

DV: That’s easy! We don’t have anyone living on the estate and we don’t have a base nor any kind of building – and we won’t have because the funding from the diocese has been allocated to new housing elsewhere in the town.

I have been asked by the lead chaplain at the local hospital to be part of the volunteer chaplaincy team to support the overworked NHS staff. This started on Friday 3 April. This is on a drop-in basis so I wouldn’t mind some prayers for this project and for my personal safety too.