“When I found out what a pioneer was, everything made sense” – interview with Christine Ramshaw 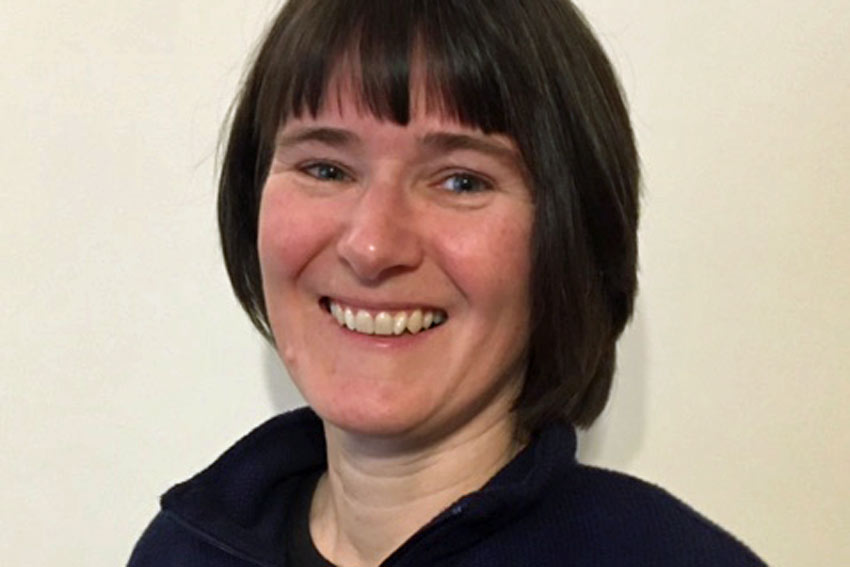 I found out how calling out to God after 25 years of not going to church took Christine Ramshaw in an unexpected direction, which also brought her to CMS, where she is currently a second year diploma student.

HH: Can you tell us something about your history and how you came to be interested in pioneering mission?

CR: In April 2016, after a period of 25 years where I felt unable to attend church despite coming to faith as a child, I received a strong calling from God to resign from my successful career in engineering.

It was completely crazy; I’d just returned to the UK after 10 years working overseas as an engineer. I’d found myself a high status job in Bristol, a lovely house to rent and good schools for our two children. I had a loving family and my job was going very well.

I had everything that this world tells you should make you happy. Except, deep down, I was very unhappy and I couldn’t work out what the problem was. That’s when I called out to God to help me.

Within a couple of weeks, amazing things started to happen. I was pushed (literally across the road!) to see my local vicar. I discovered Christian meditation and learnt that listening to God is the most important aspect of prayer. I realised that I had always had a longing to serve him – but I had to hand over control of my life to God.

By the end of the month I knew that God was calling me to give up the career that I loved. So on 26 April I tried to resign but my manager offered me a six-month sabbatical instead. I was overjoyed! At this point I had no idea what God was calling me to do. I was filled with an immense hunger to learn as much as I could. I started reading every Christian book I could find, joined a Christians in Science discussion group and signed up to two Gold Project discipleship courses.

Within a few months it became clear that I was being called into ministry and so when my engineering manager offered me a promotion (to what would have been my “dream job” a year before), I turned it down and resigned.

In January 2017, I was appointed as a ministry intern in a parish church which initially confirmed my call to leadership. However, more recently it has become increasingly and painfully evident that I just do not fit into the established church. The issue seems to be because I speak from an outsider’s viewpoint which those within mainstream church do not seem to understand.

However, when I give my testimony to those outside church, it is obvious that what I say resonates with them and they often become very excited and animated. The gap between mainstream church and the majority of the UK population, even those who claimed to be Christians in the 2011 census (67% in our village), just seems to be too large.

HH: That’s quite a story, Christine! Thank you for sharing this with us. You joined us here at CMS the year before last, what led you to CMS?

CR: My journey to CMS was also quite amazing; in June 2018 I was turned down for ordination training but within a week, three people independently told me that I was a pioneer. When I found out what a pioneer was, everything made sense – I had gone for ordination training out of complete obedience although it was the last thing I wanted to do. The path to CMS just fell into place – chance conversations, a call to CMS at exactly the right time, an interview the following day and even another pioneer student nearby to share the weekly drive to Oxford – it was very clear that God had set me on the right path.

HH: That’s so encouraging to hear. May I ask, how have you found study with us so far?

CR: I love CMS! I’m doing the Diploma in Theology, Ministry and Mission and it is life-changing. CMS is a place where I can really question things – with wonderful people who are also seeking God in all things.

Through my studies, I am starting to realise that the discrepancy that I have felt from a young age between Jesus’ teaching and what happens in most churches is because I have always been kingdom focused rather than church focused. The following quote from Gibbs & Bolger’s book Emerging Churches particularly resonates with my feelings:

I have derived great comfort through my reading that my thoughts align with many others, including well-respected theologians. I realise that I am not alone in my thinking as the established church has always made me feel.

HH: You may not be surprised to know that many students do tell us that they feel understood when they come into contact with CMS and the course, so I am glad that that has helped you. I know you have an interesting new project, please can you tell us how it came about?

CR: In December 2018, I unexpectedly received a copy of Francis Chan’s new book Letters to the Church. I was very excited by this book because it aligned so closely with the thoughts I had been having over the previous six months. I felt God was affirming the direction I should take to reach out to those outside church and start new communities focused on kingdom living.

Our CMS visit to Newbigin House in Winson Green in January 2019 had a huge impact on me. Seeing the incredible work of Ash and Anji Barker and their impact on the community, I realised that I did not need the support (financial or authority) of the institutional church to fulfil my calling. God kept pointing me to the passages in the Bible showing how the first disciples materially supported themselves as they spread the good news. This aligns with the views of Chan who advocates that church leaders should support themselves financially and Christians should meet in small groups in each other’s homes.

Last Easter, I left my church and formed a prayer group that meets at my house every week. We started to feel increasingly led to start a new Christian community for people who can’t do church and for people who wanted more (a word that came to us in prayer). So over Christmas I put a five-week course together on Science & Christianity, hired the local village hall for five Tuesday evenings, created the More to Life website, posted 500 flyers to all the houses on the estates around me and advertised on social media including the Nextdoor app.

HH: I know it is early days but how is it going so far?

CR: It is very early days – we have been going two weeks and have only attracted a few attendees so far – but people are responding positively both in person and online. I was particularly encouraged by the daily reading from the Celtic Prayer Diary a day after the first session that numbers aren’t important! I am trying hard to avoid my natural inclination to plan ahead and instead wait expectantly for God to show us where to take it.

HH: Thank you, Christine. how can we pray for you?

CR: Please could you pray that God: