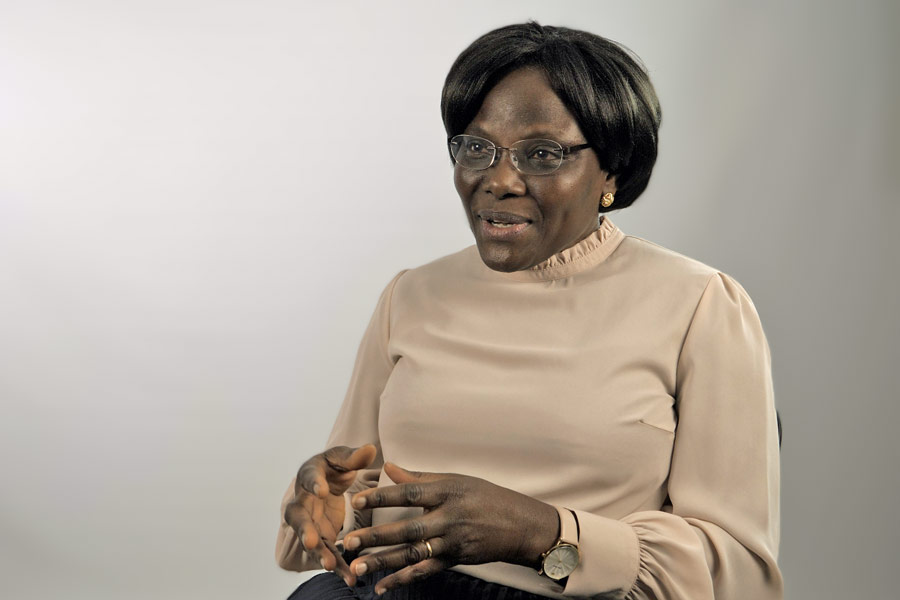 I had the privilege of sitting down to talk with 2019 graduate Modupe Adefala, prison chaplain and leader of Word Fountain Christian Ministries, a Pentecostal church based in Oxford. We discussed her work in prison, whether pioneering is too white, and how she’d like to see churches becoming learning centres as well as worship centres.

This month you get to listen to our interview, or if you prefer to read, you can do so below.

*a page refresh is required after changing cookie settings.

Jeremy Woodham: So it’s a pleasure to be here with Modupe Adefala.

Jeremy Woodham: Have I got that right?

Modupe Adefala: Yes, you got it right. Spot on. Thank you.

Jeremy Woodham: Tell us a little bit more about yourself just to start with. Where are you based? What do you do? What’s your role?

Modupe Adefala: Well, I’m one of the pioneering students that finished the Masters course here in 2019: July, I dropped the pen – that was good! But otherwise, I pastor a church called Word Fountain Christian Ministries. We are based in Oxford. We have an assembly in Swindon and another one in North Oxford. But in addition to that, I work as the managing chaplain of a prison in the UK.

Jeremy Woodham: I know previously you also worked at an immigration detention centre?

Modupe Adefala: Yes I was in the local immigration detention centre until January 2019.

Jeremy Woodham: Now you’re prison chaplain. How is that different? How is it the same?

Modupe Adefala: The same – in the processes are very similar, but context: different. The people in immigration removal centre, they have – some have overstayed their visa, some are still trying to work through their visa, so it’s more of a movement between one nation and the other. People in prison: there are those who are on remand, there are those who have been recalled and those who are serving their sentence. And so it’s a very – more complex in terms of numbers as well as the background behind the people.

Jeremy Woodham: So what’s a day in the life for a prison chaplain?

Modupe Adefala: Well, it depends. As a managing chaplain, the role, the administrative aspect is still there. But let’s talk about the chaplain – duty chaplain. You meet people who are coming in. You introduce yourself. You tell them about the chaplaincy. You find out a bit about them, not about why they are in prison but whether there’s family, whether they have accommodation, if there are needs. Sometimes you have met five, sometimes you meet 25, depends on how many are coming in. And then, if they have needs, some you can handle, someone may say, I need a Bible, I want to be in the chapel on Sunday. Some may say I’m very sick or my daughter is sick. My wife is sick. Then some you can also follow up, others you have to refer. And so – that sort of conversation. And then you might meet other people who have been bereaved and need support or they’ve had bad news and they need support. Or you just have staff as well who need – because it can be intense, it can be intense – they do need support, who have just handled an incident and need someone to talk to. Some don’t want to talk immediately. Some will tell you, No, it’s all in the day’s job. And others just want to talk about it and things like that. And then you connect and coordinate other faiths as well. And so you’re in the space with other people from other faiths and just managing that atmosphere where you need to respect one another. That’s very helpful.

And then you have to do your paperwork, your processes – and they are there as well. And also organising connection with the community as well, because sometimes we have volunteers that support the chaplaincy. And so you may have to liaise with maybe community groups or churches, or individual ministers that want to come in; got to make sure that their security clearances are done. So all those things at the back. In addition to planning your services and co – and studies as well.

Jeremy Woodham: And I’m wondering where do you see God at work in a day to day prison life?

Modupe Adefala: He’s always been there as he was with Joseph in his prison, as he was with Paul and Silas in their experience. The prison is not a strange place for God to be. Those two, apart from others, those two stories turned out for me in understanding that for everyone that comes into the prison, it could be a city of refuge for them. It could be a place of discovery for them. It could be a place of reflection for them. I’m just trying to create that atmosphere where it’s not just the sentence, but the changes that could happen in an individual. And you do meet people who have met God on their journey and serving their sentence. And that can actually shake you about how God reaches out to people at different levels. It’s amazing. So God is always there. He is there.

Jeremy Woodham: I’ve got to ask: looking around us: is pioneering too white?

Modupe Adefala: No, I don’t think we call it – I’m looking at my community. We may not call it “pioneering” because we – the Pentecostal community will say to you, that’s what we’ve always done. We’ve always gone out there. We’ve always told the stories. But we don’t call ourselves pioneers. So it’s about understanding the language. Well, I don’t think that pioneering is all white. From my study as well, women have been actively involved in pioneering, especially the five Nigerian ladies I interviewed, some of them working alongside their husbands. Some of them working alone in the mission field. And I don’t think the demand is for us to, for women to do more, I think it’s for us to amplify what’s already being done so that we can rebalance the understanding, the narratives of pioneering. There’s something between the white and the black dichotomy, I think it’s about rebalancing these narratives.

I think everyone is doing what God has called them to do. And we can’t polarise it. We just need to come together and joined up actions would help us. We need to pull together and understand that if we stand alongside one another, we can, we can cover more mileage in this field that God has given us. I think it will work better.

Jeremy Woodham: Have you got any ideas of these things? What are those things that will – that we can do together? It feels ironic, you know, with CMS as such a global mission with so much cross-cultural experience that actually connecting within this country seems not to happen as much as connecting cross-culturally abroad.

Modupe Adefala: Well, I think the country we’re in has its own history. I think there’s a lot of aversion to the church, not just to mission and a lot of, well, some of the people I’ve spoken to will suggest that the church is just a power-broking entity, that there’s nothing beyond power-broking. And in as much as the church has had power and held power in this country, I think we need to actually understand the fact that that power was given of God. It was, it was in that time, in that season. The power we have now is different. It’s not the power of the parliament, but the power of people. And if we get to understand the people where they are, I believe that that power is still present. And so, yes, we had the power of parliament. It was a privilege to have it. It helped the church to do a lot. And I’m a better person for it, because the the work that was done in Nigeria, in Africa, I’m a beneficiary of that. And so now that the power is no longer with parliament, but is now with the people – How do we mobilise ourselves?

And so it’s about finding the interface. I believe the interface is where our strength is because everyone has been doing what God has called us to do in different places. And so it’s this time now.

Jeremy Woodham: Is there one sort of gift that has been part of the pioneer experience here, that you think is the really important thing for the church right now?

Modupe Adefala: Two things are coming to mind and so I’m trying to process them.

The first one is the diversity of the morning prayer that we had – it may not be considered as part of the intricate study but was vital. It was good to be able to see different people come to lead prayers. And I believe the church needs the diversity, we need that open space where we will have different expressions. So that’s a gift that CMS can give to the church, because the church is becoming more and more diverse. It may be slow, but it is happening. And so the organisation of the church has to be opened to more diverse gifts.

The other thing that I found useful were the conversational days – they were – it was intense in that you had to go from one to the other but the elements of what were, the things that were discussed there, and the speakers that came – if the church will become more of learning centres in addition to becoming worship centres, I believe it’s a structure that we need, in that there is a – it’s easy to do the rituals, so carry on with the rituals but not deepen the relationship. And so I found those conversational days adds depth to the things that we were learning in that you’d meet with people who have written books – And you do need to go through a lot to be able to produce a book – And so when they share, they’re sharing from depth of resources. And so if the churches can be more of learning centres in addition to worship centres, I believe it would be a gift. And so I saw in CMS the worship and I saw the learning. And I think it was very helpful for me – and that I did not have a disconnect. I didn’t think this was just study. This was a combination of worship and learning for me. And I think the church can benefit from that.