Home By Another Route 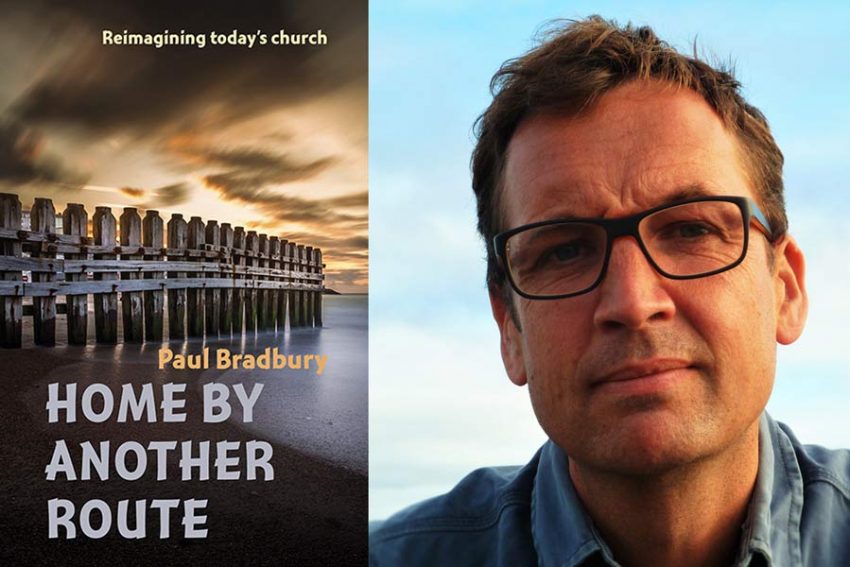 Paul Bradbury, South Central RTP Pioneer Hub coordinator, based here at CMS, has a new book that reflects deeply on the prophet Ezekiel as we continue the task of re-imagining church for our day.

Paul thinks that in the prophecy of the valley of the dry bones, there is not only a pattern for renewal but a picture of the sort of leadership we need.

It’s called Home By Another Route and is published by BRF. We asked Paul a few questions to give us a better idea of what the book is about.

What was the central question you were trying to address in writing the book?

“I guess the question that the book helps respond to is: how do we find a more imaginative and creative way of talking about the renewal of the church? So much discussion about church renewal and reform seems to orbit around what we should do. What can we do better? What can we do differently? The language seems to be more about trying harder and improving our technique. The question we are asking is essentially, what can we do better to see the church come out of decline? It’s a question that doesn’t take us beyond the fairly narrow scope of the church itself, its activities and structures. But the question that the exile asks of Israel is – how might it be possible to faithfully express what it means to be the people of God in this new situation? And it was from the creative response to that question that renewal came.”

What drew you to the book of Ezekiel?

“Initially an invitation from BRF’s commissioning editor to explore the prophecy of the valley of the dry bones. I agreed to consider this invitation and as I read and reflected I began to find a huge richness in the exile as a story for our own time, in the prophecy itself as a pattern for a journey from crisis into renewal, and in the person of Ezekiel as the model for the sort of leader and leadership we might need for the church at this time.”

What do you think “homecoming” means for the church today and why is it an important idea?

“‘Home’ is a hugely significant theological idea and metaphor – it signifies that sense of wellbeing and belonging that we seek in so many ways, with God, with others, with creation.

“In the history of the people of God there have been a number of established patterns of belonging and ‘settlement’ between people, land and particular expressions of faith, that have become entrenched and assumed. They have felt like home to the extent that it has been hard to imagine anything different. That was true of the Kingdom of Israel and it could be argued has been true of Christendom, with its particular set of relationships between church, state and land.

“But it is now fairly well-established that the age we called Christendom in the west is coming to an end, and the church finds itself marginalised in a post-Christian society which is defining many of its attitudes in defiance of the religion that shaped it for so long. In that context there is a sense in which the culture we live in is no longer ‘home’, and that instead we are exiles in our own culture looking for a way home.

“Of course our yearning for home will ultimately be satisfied in the end of the age and the renewal of all things, but we are constantly invited to embody that wellbeing, that ‘shalom’, of home in every place and every age. So ‘homecoming’ is a constant promise, and constant invitation. But one that feels extremely prescient in an age when a set of circumstances that felt like home have rapidly disappeared.”

The book comes with a strong endorsement from Jonny Baker, director of mission education, who says: “Paul draws wonderful insights from this old Bible prophet for a church that has essentially been exiled. His writing is really well crafted with lovely turns of phrase and it’s a book that is both a fairly easy read but also runs deep. I found it inspiring and challenging in equal measure.”

If you’re intrigued, Home By Another Route is available from the BRF online shop.