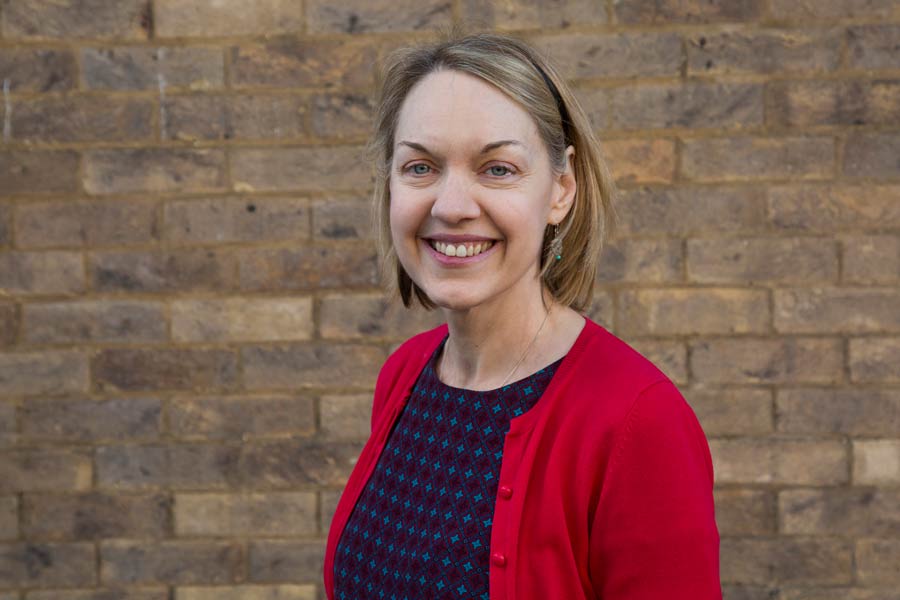 Ann-Marie Wilson is best known for founding the anti-FGM research charity 28 Too Many, which recently won a major legal award (you can hear us talking about that too on the accompanying audio).

More recently Ann-Marie also became a pioneer lay minister in north London and took up a chaplaincy role just over a year ago. Ann-Marie joined us at CMS for last term’s chaplaincy module and I sat down with her to find out what she thought of it.

*a page refresh is required after changing cookie settings.

I’m the first pioneer lay minister in Edmonton. I work at Marie Curie Hospice in Hampstead and have also got some links with the Royal Free Hospital as well, in my locality, which is a really excellent way of me fulfilling this ministry. I also take communion to the sick and the dying in my home parish as well, so I was at a local North London hospice yesterday for a couple of hours with one of our congregants and I take communion to another lady at home every couple of weeks whether she’s in hospital or home.

So, what has the module been like for you?

It’s a useful module for me to get a bit of confidence in how I’m doing what I’m doing. I was hoping the module would happen last year but actually a year on – I started my chaplaincy last November – I’ve got a lot more to offer the course and a lot more to take out of it. I’m in a practice group with four or five chaplains at my place of work so I can actually take the learning back to them.

It was good to meet all the other people on the course, some of whom are chaplains, some of whom are getting into chaplaincy or some who have it as part of their job. So I’ve learnt much more about things like working in that liminal space – you’re working on the edge of two cultures.

So in the hospice I work in an organisation, a charity in NHS context, but actually I’m a pioneering missionary really but with a multifaith dimension. So I can be a representative of the Anglican church for my own faith but work with a lot of Muslims, Christians, Jewish people, Sikhs and people of any persuasion, agnostics, atheists.

What stood out for you on the module?

I think hearing from people in different contexts and how creative we can be: we had two people from prison contexts, one from a young offenders’ unit – a Muslim chaplain – and one who was a lay chaplain from a conventional prison and someone came and talked to us about King’s College.

I think that’s given me more confidence. I’ve run a couple of funerals now and we do remembrance occasions but I think it’s made me think how much more creative I can be and how much more edgy I can be.

The lady I visited yesterday has no speech and muscle control so I can’t take her a representation of communion because she can’t swallow. How do I make a representation of the Lord’s Supper for her that’s pertinent to her circumstances? So I think it’s just trying to think about how to be creative without breaking rules and getting people upset and the courtesies of making sure that I’m always talking to the chaplain that’s in the home setting.

We saw a video about a community called the Anchorage which is in the London School of Economics, and it’s actually a fresh expression of church that has been birthed out of chaplaincy and I like the idea of that. And I think that could be something we do in our own chaplaincy for instance.

The course has given me some confidence and now I’ve got some examples I can quote. I will go back and think, okay what’s the good I can take away, what do I need to do? But also be aware of my character: being a pioneer you don’t want to become an irritant in your home community or your home church. Because if you don’t take people along with you then actually you’ve lost the purpose of being pioneering. So I think it’s probably keeping them informed of what I’m doing and going at the pace they’re ready to go. That’s been the learning for me.

A number of our modules can be studied on a standalone basis. To enquire, email pioneer@churchmissionsociety.org