Starfish day: ‘Kindling the fire’ in the Wood 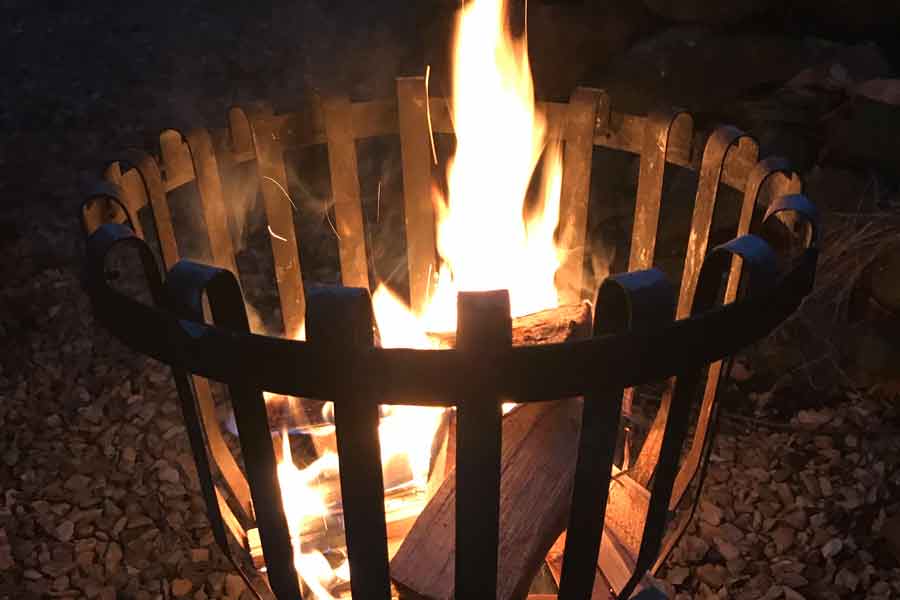 ‘Kindling the Fire’ was the second Starfish network reflection day, aimed at providing a safe space for pioneers to rest, refresh and renew.

The first Starfish day had been in warm summer and aptly called ‘A Day at the Beach’ – this reflected the mood of needing rest and refreshment. For ‘Kindling the Fire’ the location was ‘The Wood’, for where else would you find kindling?

Stepping stones and leaves strewn on the floor led us to gather under a metaphoric yew tree, with its rich symbolism from our history and folklore. Yews are often resident in churchyards and older than the church itself. Seen as symbols of death and resurrection, they have even been used to develop cancer drugs. 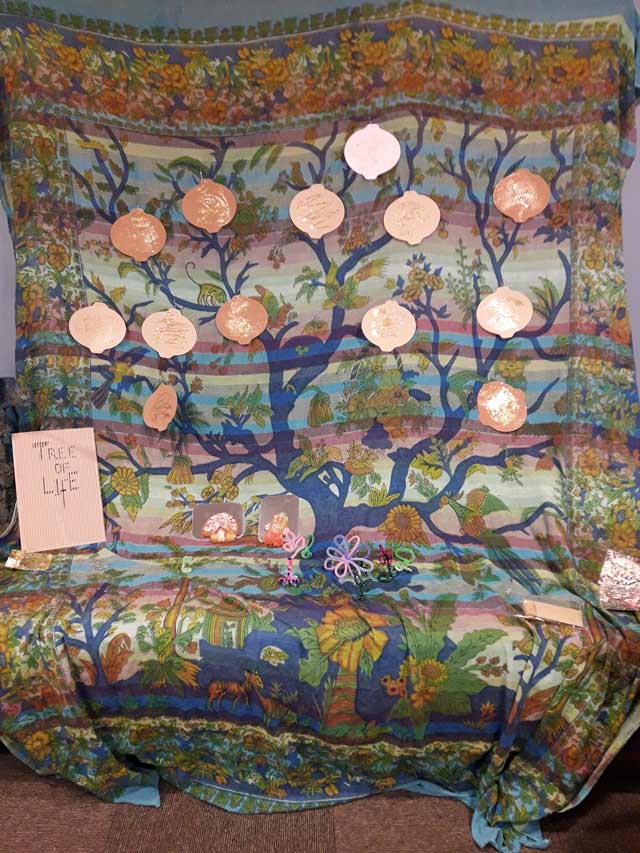 Under the yew we used sprigs of greenery and twigs to plot on a map our pioneering locations, and we saw a forest grow. Often an issue with pioneering is one of isolation, especially after leaving CMS training, and so this gave the chance to see where Pioneers are geographically connected. As we planted ourselves on the map we spoke of what tree we felt association with, which inevitably led to conversation about our contexts.

The rest of the morning we walked, talked, sat, pondered, played, and made things in The Wood, which included: 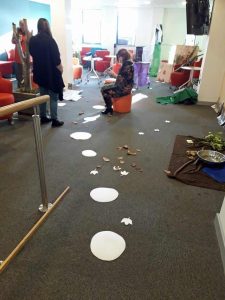 Kindling was scattered around, which we took to the brazier outside the CMS building at lunch. The fire was started by the kindling along with our written words which either needed to be burnt, in order to get rid, or words of things that needed kindling. Whatever the words the dry dead kindling gave rise to warmth, and light. Good soup was provided from the CMS cafe.

Smelling of wood smoke, we spent the afternoon around the yew, reflecting on how fire could also lead to danger, and destruction. Discussion moved onto to how to control fire, and sometimes the continuous work needed to keep a fire alight. Much paralleled our pioneering. It was noticed you could not kindle alone, nor keep the fire burning as an isolated dry stick, or as an isolated pioneer, this led to discussion about the importance of the Starfish network and its development. 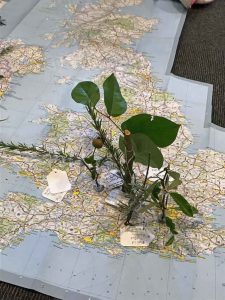 In the darkest of months some cultures offer blessings to the trees. Pertinently a couple from Hereford, the county of apple orchards, were present, who told us about wassailing, a ritual of blessing the trees. So we finished the day by writing blessing for one another on wooden hearts which were hung on a dead tree, lugged in from a back garden. We gave these as gifts to one another and prayed together, concluding with the Lord’s prayer.

These Starfish days are hopefully a safe place to meet other pioneers, give ourselves time out of our contexts, to renew ourselves, and to continue to be involved in the CMS Pioneer community. They are aimed to complement other Starfish activities which we post on the Events section of the website, along with other events that may be of interest to Starfish members.

You don’t have to be a lone, dry stick!