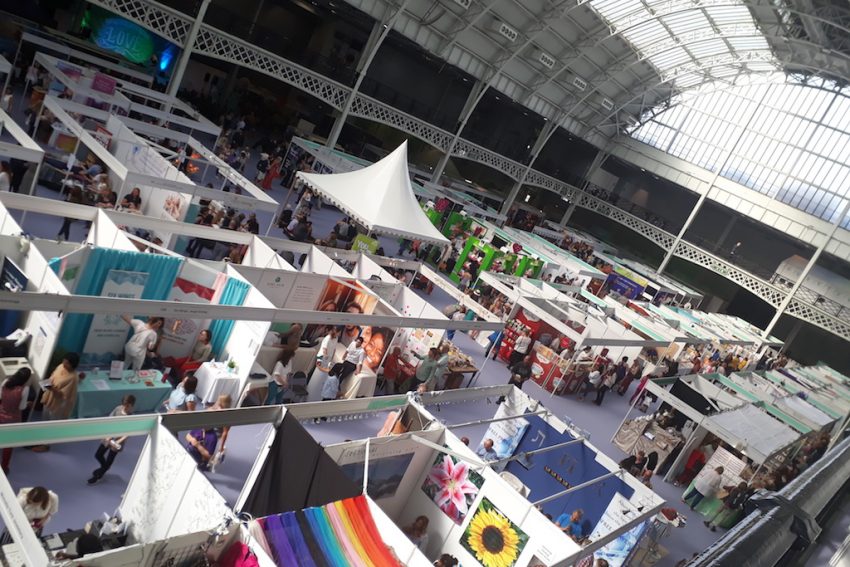 Over the bank holiday at the end of May, a combined team, including pioneers from CMS, Church Army and Eden People, offered a place of hospitality, prayer and prophetic insight for attendees at the Mind, Body, Spirit Festival 2018 held at the Olympia Exhibition Centre in London.

Under the banner Dekhomai, which literally means ‘welcoming place’, Christians from different church backgrounds engaged in conversation with spiritual seekers for the four days of the festival. They used a combination of Ruach card and Jesus deck readings, prophetic art and the making of prayer beads to generate interest, and each encounter ended with the offer of prayer “in the name of Jesus”. 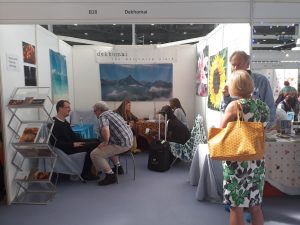 Reflecting on her experience, Andrea Campanale, remembers a few interactions that particularly stood out. “The first was a lady with a large cross around her neck who rooted around in her bag for her purse so she could pull out a picture of an actor playing Jesus in a TV show. She described Jesus as, ‘her man’ and, ‘the main dude in my life’ and she was thrilled that she’d found other Christians she could talk to about her faith.

“Her grown-up children were with her and they made prayer beads while she chatted with me. She said they didn’t feel welcome in any church because she was a Christian spiritualist. We prayed for each other and they all left feeling encouraged and built up.

“Another younger woman came to us and said she’d recently become a Christian but was really struggling with the break-up of a relationship and wondered whether God was testing her. We offered reassurance that God was with her in her pain, but not the author of it, and prayed she would find healing and hope through Christ’s Spirit.

“I also met a guy who was preparing to relocate his family to Ghana, which is where he was born, and another man was brought to me by his wife who had said the Ruach card reading I did for her the previous day, ‘was the most accurate reading she’d ever received and wanted to know what God would say to him!’”

Steve Hollinghurst, another member of the team and a Church Army Evangelist, said of his experience of MBS this year, “We had many people meet with us in our stall to have significant conversations, be prayed for and supported on their spiritual journey, so much to give thanks for.”

Also, Simon Tierney, member of both the Starfish Network and Eden People, commented, “We had several new team members join us for the first time and a number of encounters where attendees at the festival experienced Jesus’ love, peace, healing with some professing a new or different belief in who Jesus is and how they are loved by God.”

Overall, the most experienced members of the team observed that whereas there used to be people at the festival who were very seriously involved in new age belief and practice overtly hostile to Christianity, the people who now attend are more open to hearing and receiving the message of Jesus while also exploring tarot, reiki and spiritualism.

Alternative spirituality is now very much mainstream. If you encounter this in the people you’re seeking to reach through your church, why not come along to a special day CMS are hosting at their offices in Watlington Road, Cowley on 17 July where practitioners will be sharing their wisdom and experience on engaging with the spiritual and not religious. Tickets are £20 and can be booked here.