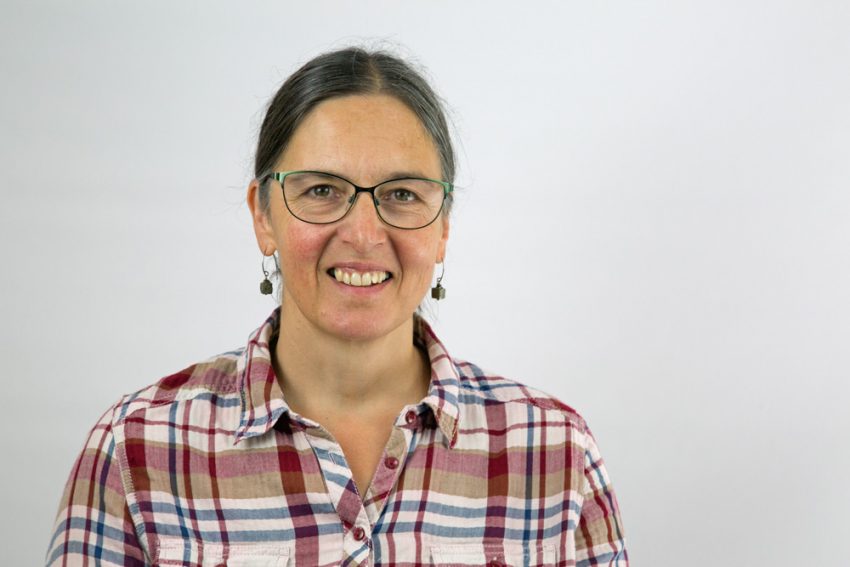 Helen interviews Alison Duckers, who joined us last September and is studying on the MA course.

HH: Alison, you’ve told me you have a love of pies (pastry over, under, next to, puff, flaky, readymade, pre-rolled, unrolled…) and you have told me “…it is a fantastic relationship builder on a newbuild housing area.” Can you start by telling me about the pie evenings with your next door neighbours?

AD: The brief for the pioneer role I have was very much about a ministry of hospitality. I think sometimes the social codes we have around hospitality can get in the way. Eating together has become so lost from our society and Come Dine With Me is completely the wrong model. We’ve spent the last 15 months getting to know our next door neighbours and from what was a nervous, slightly formal beginning, we’ve now arrived at pie, because it’s simple and tasty and fairly inexpensive. Although we might compare pies, there is no sense of trying to out-do each other.

May I ask what drew you to study on the Pioneer MA and what brought you specifically to Church Mission Society?

A couple of years ago, the team rector emailed me a flyer for the course. It was way too soon then. When I did finally get my act together (and it was only inheriting some money unexpectedly that meant I could pay for it), it was all very last minute. The CMS course is like doing “in service” training. The point is, you said yes!

I know that you have said: “Most of the things that work I didn’t plan, they just happened in ways I didn’t expect.” Can you say some more about that, please?

What you’re really praying for is breakthrough. Sometimes you think doing something will be the catalyst, even though you know it’s all about relationships, which takes forever, of course. I have been going into the local primary school (which is about a mile away on the other end of town), on the assembly rota, so that when I talk to the kids on my street they don’t think I am weird, but it turns out, that most of the kids on my street don’t go to the local primary school, they go to a nearby village school. On the other hand, I bump into a couple one Saturday at the other end of town who are checking out Okehampton to buy and retire here, and three months later, I am out delivering magazines on the day they are unloading the removal van, and, they have spent a number of years living and working in the town I grew up in, and they have become good friends….

You enjoy DIY and garden landscaping. You’ve told me that “Fences are not the barriers we think they are…. even when they cause unforeseen arguments!” can you say more about this aspect of your work.

Last summer I decided to build a large raised bed in our garden to make use of a steep slope in front of the fence between us and the house to the back of ours. As I’m banging nails in, the neighbour to our right pokes his head over the fence to see what I am doing. I ask if I can borrow a large drill bit, and he comes round and does the drilling. (We have regular meals with these guys as well!) Then, as I’m stapling some liner to the very bottom of the “shared” fence at the bottom of the garden, the neighbour sticks his head over the fence and asks me in no uncertain terms what I think I’m doing attaching something to “his” fence. I get my deeds and go round and knock on his door, but because his deeds say it’s his he isn’t interested and his wife also has a go at me. So there I am trying to work out what to do, I’m feeling scared, and I’m praying. I arrive at the point that it’s more important to be on good terms with the neighbours so I remove the staples, and go round to tell him what I have done. Half an hour later he knocks on my door with some better liner for me, and since then I’ve been invited round for coffee. As for the neighbours on the left (the pie neighbours), they don’t have access to the rear of their house and so they asked if they could take a sofa out of their patio doors, over the fence and through our garden. So, fences are proving to be a means of building relationships!

Wow, that is amazing. I really agree that getting on with neighbours is more important than being right about who has the right to do what! And it does show that a little kindness and humility can go a long way in building bridges as well as fences! So how do you relax when not ‘on duty’?

I have a wonderful friend who I met since I came down to Devon. I am not a dog person (always been a cat person – have two) but my friend has a two year old Alsatian that I have known since they got her as a five month old rescue dog. I am besotted with the dog and love to go for walks with her and my friend. It’s only a couple of miles from where I live to being on Dartmoor. I also like to watch NCIS. And then there’s landscaping the garden!

Please do tell us how we can pray for you, feel free to include your love of Chelsea football club!

The current challenge is that I have no job. I am a self-supporting pioneer minister. When I first went down to Devon I had a 12-month maternity cover job (it took 11 interviews to get a job in Devon). When that job came to an end we managed to get some grant funding so I could be full time as a pioneer minister, but that funding just ran out. I am the breadwinner in our household, so I need a job, soon!

Also, safety! I travel up from Okehampton to do the MA. On the last session before Christmas I took a stone on the windscreen going past Bristol on my way home which caused a 15cm crack (my Christmas present to myself was the excess on a new windscreen!).

And of course, breakthrough on the new build housing development.