An unexpected turn of events – interview with Nicki Colyer 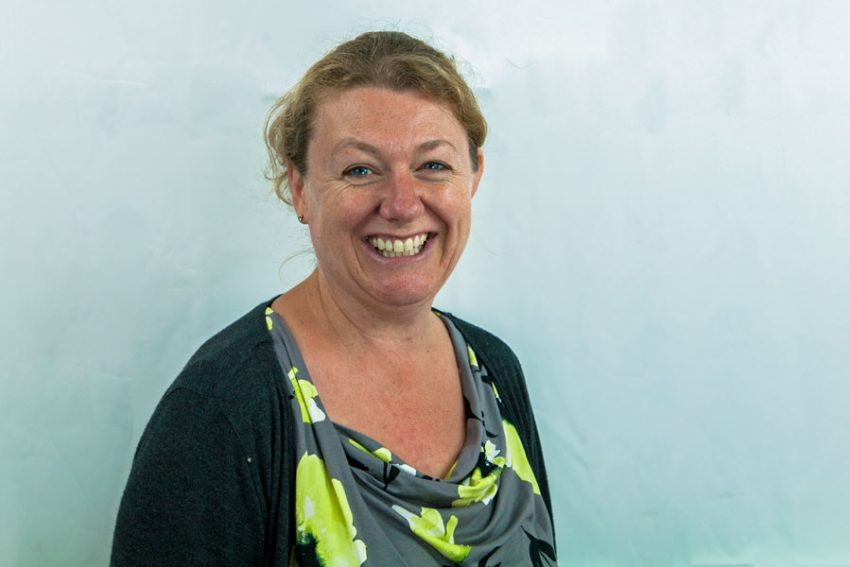 HH: You are someone close to my heart because my first experience of overseas mission was in Belgium, short term, and I know you worked in Belgium for 10 years. I know you and your husband Kevin were involved in leadership in the YWAM Brussels team. Can you tell me more about what the role involved?

NC: Yes, Kevin was initially the YWAM Brussels team leader and then later on the YWAM Belgium director. Over the 10 years we were there I was involved in many aspects of the work including being on the Brussels leadership team for a while. As well as the pregnancy crisis centre, Alternatives (which was my main focus), I worked in the book shop and developed pastoral care and personnel procedures on the base.

I know you worked mainly in the pregnancy crisis centre, leading it for the last few years that you were there. Can you tell me more about your work, especially working with Muslim refugee mothers?

An unexpected turn of events resulted in me being the team leader of the ministry. I was extremely grateful for an amazing team of volunteers from different churches and nationalities who had great language skills and experience. We offered counselling and support for many women who found themselves in unexpected pregnancies. One major part of our ministry was supporting refugee families through providing baby clothes and equipment. We ran bi-weekly mother-and-baby groups for many mothers from Congo, Algeria, Morocco, Eastern Europe and more! We had discussions and presentations, always over drinks and nibbles. For many of them hospitality was a huge part of their culture and most weeks a delicious cake or savoury dish would be brought by someone! Despite a large proportion being Muslim they knew that we were a Christian organisation but there was a mutual respect and understanding. It was all held in the YWAM cafe and I often would sit back and reflect on the fact that one day the room would be filled with the YWAM team worshipping Jesus and the next day the room was packed full of Muslim ladies and their children!

I know the latter few years of your time in Belgium you felt drawn to Fresh Expressions of church having been involved in an Anglican church plant and then starting a Fresh Expression called “Pain et Vin” (Bread and Wine), can you say more about this, and the calling you felt to return to England to be further trained in pioneer ministry?

The Anglican church we were members of in Brussels started a church plant and we were excited to be a part of the initial team. The main church was further out of the city, mainly reaching ex-pats, but the church plant was aimed at the unchurched in the city. It was brilliant being a part of this, experimenting with styles and approaches. However, we always felt we wanted to reach more Belgians or other nationalities than the English speaking community. Being a post-catholic nation we recognised Mass still was an important memory. We also noticed Belgians really enjoy good food. So we started a very simple church community called “Pain et Vin”. We met in parks and then homes and ate together, often taking all afternoon and sometimes evening, with people coming and going! We always shared the bread and the wine as the spiritual centre point, with discussions, prayer and reflection flowing naturally from this. One meeting was rarely the same as the next and we never knew who would turn up. It just kind of evolved each time! It was all really simple and broke down the barriers for those who, for whatever reason, did not feel comfortable to take communion in a traditional church building. It was a small diverse group of people but very quickly became very close and supportive with an emphasis on grace and acceptance.

I know you have a Church Mission Society connection through Ann Tyndall, can you explain how this helped to lead you to CMS, please? Plus something about your year with YWAM Reading?

Kevin was already pursuing a calling to pioneer ordination and had his eye on CMS’s pioneer training when Ann and Simon Tyndall moved to Belgium and took on the leadership of our initial church. Through discussion we found out about their involvement with CMS and Ann quickly introduced us to the possibility of pioneer training. As we had decided to be based near Reading on our return to the UK it made sense as it was relatively close to Oxford. Until Kevin became officially accepted for ordination training we spent a year on the YWAM Reading team while also pioneering with our Anglican church in Woodley, just outside Reading. There seemed a natural progression from one missionary organisation to another and we still keep strong links with YWAM.

You told me: “Despite many hurdles I am amazed to have been able to attend the course and fully participate. It has been life changing in many ways for both of us and really helped us to consider in fresh ways how we minister in our context.” Can you say as much as you wish to about the hurdles and how you have found the last few months with us since you joined us in September 2015?

I was not intending to do the training with Kevin but just came to the open day to find out more about what he was going to do. However, I felt that God was opening a door and challenging me to train again. Unfortunately, just a month after the open day our oldest son was diagnosed with Leukaemia which has meant intensive treatment and a roller-coaster ride for us all. I initially thought it would not be possible to study especially as his treatment would take more than three years. However, Sam’s intensive treatment phase, which involved almost daily chemo, finished just a week before the course started and I have been amazed at how many sessions I have been able to attend. As Sam still has chemo regularly (and often on Tuesdays!) he is still more vulnerable to infections and being admitted to hospital so I have taken a break from study this term as we recover from a particularly difficult summer. Thankfully he is improving again and I look forward to restarting in January.

I know you have said, “It is great to be a part of a supportive, developmental and active community.” How can we support you further and pray for you? And what might the future hold for you?

Over the past year I have still managed to continue with ministry with vulnerable families on an estate near our church. Remarkably Sam’s illness has opened doors as people have reached out to us with support. It has been fun starting a kids club for those on the estate and I have been thrilled that many parents have wanted to be involved. The training has constantly challenged me to think about how I can apply what I am learning to my context and to listen more and work with others. The difficulties of the past year have made me realise I cannot do this alone, it has to be in partnership and I have enjoyed working with council community workers, including Hindus and Muslims to make a stronger impact on the community. The ongoing challenge is always keeping a balance and pacing myself as I juggle ministry, study and of course my own family life!